Digital Media has been identified as a catalyst for positive change because of its ability to improve the economic wellbeing of individuals.

The Upper West Regional Accountant of the Microfinance and Small Loans Centre MASLOC, Mohammed Yussif said due to the adoption of Digital Media, businesses were able to survive the severe effects of the COVID-19 while others leveraged on the presence of Digital Media to start new businesses. Mr Yussif was speaking at the 2nd Local Startup Investment Pitch Summit under the auspices of the Yison Tech Hub and the Ghana Tech Lab at Wa in the Upper West Region.

The Yison Tech Hub together with the Ghana Tech Lab with support from the Ministry of Communication, GIZ and the Mastercard Foundation organised an eight-week Digital Media training for 30 young persons. The training was to encourage the positive use of Digital Media among young people. After the training, the participants were put into groups to pitch their business ideas to enable them to qualify to for the next stage.

The Upper West Regional Accountant of the Microfinance and Small Loans Centre MASLOC, Mohammed Yussif commended the participants for going through the training successfully. He charged them to use Digital Media to solve societal problems.

The CEO of Yison Tech Hub, Issahaque Serekpere Naa said after an eco-system mapping to see the development gaps in the Upper West Region, it was observed that young people lacked the basic skills to make use of their smartphones and Digital Media to earn decent incomes.

Four teams pitched their ideas to judges at the 2nd Local Startup Investment Pitch Summit. After the pitch, Smart Innovations, a group focused on setting up a virtual Television Station in the Upper West Region emerged winners. The second place went to Event Planning EP Service, a team focused on the planning of events.

The third place was occupied by Think Digital Consult with Nuntaa Digital Services placing fourth. According to the CEO of Yison Tech Hub, the teams that placed first and second will go through the Business Development Stage where their ideas will be fine-tuned.

The final stage of the process will be when the teams represent the region at the national level to compete for the ultimate prize. The remaining two teams will be placed under paid internships to further develop their skills and ideas. 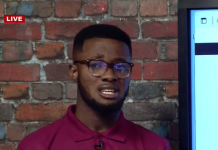 25% of BECE candidates yet to be placed under computerised system

AFCON 2019: Senegal sails through to finals after a gifted...