Speaking on GBC’s ‘Uniiq Breakfast Drive,’ the Head of Computer Emergency Response Team of the Cyber Security Authority, Stephen Cudjoe Sesshie said their findings show that many digital lending applications entice customers with varying interest rates and other attractive packages. However, the owners of the digital lending apps begin to issue threats to customers who are unable to pay back the loans on time. “The general thing they will tell you is oh we will give some amount of money with varying interest rate and periods online and then you pay back”, he said.

“After the loan is granted, may be they tell you that 90 days but before the time agreed is due, all of a sudden you receive a call threatening you that you are owing us money so pay us our money back with very high interest rates or else we will publish your personal details and they keep threatening this person and in some cases they actually go ahead to publish their personal details and the persons contact to other social media platforms saying that the person is wanted. So basically they bully these people to pay more than they should or either embarrass them to their contacts.” Mr Cudjoe Sesshie disclosed.

He added that the owners of the digital lending apps can easily have access to personal identifiable information such as the name, picture and contacts of the subscriber once the application is installed on the phone.

Subscribers often grant permission to these applications unknowingly allowing the owners to have access to personal details.

“They have access to almost everything on your phone. Sometimes even microphones are involved, your camera. They can take a picture of you without you knowing it. There are vaying cases but the whole thing is they take a lot of personal details of you and they use it against you later,” he stressed.

“Now what we found is when they install the app the application asks for a lot of personal information so they get access to their contact list. In some cases their galleries or photos or even their Ghana Card”

He advised the public to exercise caution when installing applications and be wary of the kind of permissions they grant any application they may install on their phones. 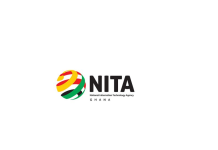 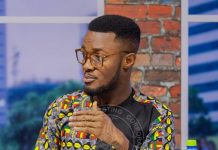