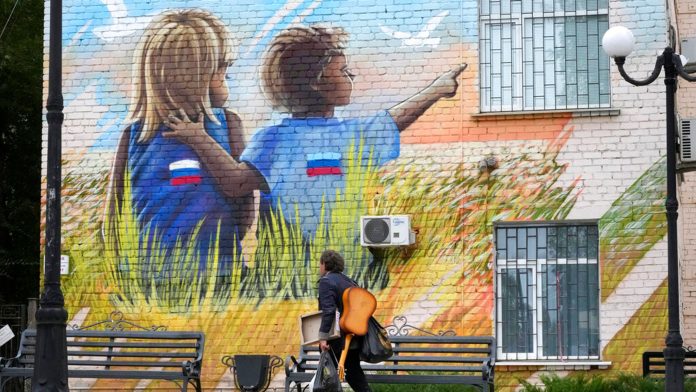 All four of the occupied areas of Ukraine have voted to join Russia after referendums in the republics and regions, pro-Moscow officials have said.

British Foreign Secretary James Cleverly is one of the many western politicians who earlier described the votes in the self-declared republics of Luhansk and Donetsk and the regions of Kherson and Zaporizhzhia as “sham” referendums.

It comes after Russia-installed election officials said 93% of the ballots cast in the Zaporizhzhia region were in support of annexation, as were 87% of ballots in the southern Kherson region, 98% in Luhansk and 99% in Donetsk.

Moscow-backed officials in the four occupied regions in southern and eastern Ukraine said polls closed on Tuesday afternoon after five days of voting.

Tens of thousands of residents had already fled the regions because of the war.

The preordained outcomes set the stage for a dangerous new phase in Russia’s seven-month war in Ukraine because they are expected to serve as a pretext for Moscow to annex the four areas.