Having survived the murky waters of politics in Nigeria, where her mother was kidnapped to send her a message, and rising to number two at the World Bank, Ngozi Okonjo-Iweala should have no trouble dealing with international trade negotiators in her new job at the World Trade Organisation (WTO).

The 66-year-old is the first woman, and the first African, to occupy the position.

Despite recently taking out US citizenship, she revels in being Nigerian and is fiercely patriotic – flaunting her African identity in her African-print tailored outfits.

She told the BBC in 2012 that she had in fact adopted such attire as a working mother of four to do the school run, an easy answer for a smart look – and a thrifty one at that, given she estimated each outfit cost around $25.

The Harvard-educated development economist is seen as a down-to-earth, hard worker, who told BBC HardTalk in July that what the WTO needed was a shake-up.

“They need something different, it cannot be business as usual for the WTO – [they need] someone willing to do the reforms and lead.”

During her 25 years at the World Bank, she is credited with spearheading several initiatives to assist low-income countries, in particular raising nearly $50bn in 2010 from donors for the International Development Association (IDA), the World Bank’s fund for the poorest countries.

But it is her reform agenda in Nigeria in which she takes real pride – especially the two times she served as the country’s finance minister under Presidents Olusegun Obasanjo and Goodluck Jonathan.

One of her greatest achievements was leading a team which negotiated a whopping $18bn debt write-off in 2005 for the country, helping Nigeria obtain its first ever sovereign debt rating.

The country’s debts had dated back to the early 1980s, and had ballooned to more than $35bn due to penalties and late fees during the 1990s.

Her economic reforms had a far-reaching impact and saved Nigeria at a critical period, according to prominent Nigerian economist, Bismarck Rewane.

This included de-linking the budget from the oil price, allowing the country to save money in a special account when oil prices were high.

“It was this buffer that ensured Nigeria’s economy survived between 2008 and 2009,” Mr Rewane told the BBC.

Ms Okonjo-Iweala had given up a well-paid job at the World Bank and left her family in Washington, where her husband works as a neurosurgeon, to work in Nigeria, where unlike other ministers she did not have a large domestic staff or fleet of cars.

In fact she even liked doing her own cooking when she could, with cow-tail pepper soup being a favourite, a Financial Times interview revealed in 2015. 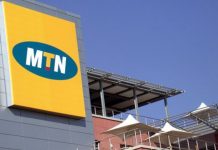 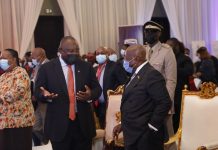 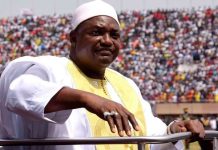