Two Ghanaian music stars, Sarkodie and Fuse ODG have added their voices to Kirani Ayat’s decision to take on Ministry of Tourism and the Ghana Tourism Authority to compensate him for using his work without his permission.

Kirani Ayat’s video was used by the Ministry of Tourism and the Ghana Tourism Authority to advertise the country to tourists.

Beneath the deep blue sky, the Black Star is calling. Follow the stars and let them take you on a journey of our people. I invite everyone to the country at the centre of the world – #Ghana 🇬🇭. #VisitGhana2022 pic.twitter.com/2m5KC2QTkt

The two-minute promotional video was shared on President Akufo-Addo’s Twitter page and features different scenes from different parts of the country and a voice-over by the President encouraging tourists to visit Ghana.

According to the Ghanaian musician, he reached out to the government for support before shooting his Guda music video but he was turned down.

The video was shot in northern Ghana and features scenic views and showcases the local culture.

On Tuesday, September 27, 2022, Ayat called out the President for not crediting his work.
Since then, there has been a social media frenzy regarding the copyright infringment, with most youth and other music stars backing Kirani Ayat to pursue the case. 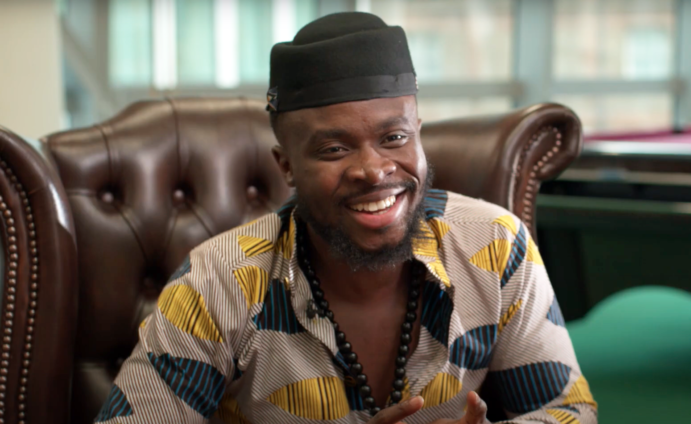 English-Ghanaian singer and rapper Fuse ODG and his management, have also shown his support by adding his voice to the copyright case brouhaha and also recounted his personal experience in relation the government using his video “Bra Fie” for the Year of Return campaign without any compensation.

The last few days have exposed an issue in Ghana that goes beyond the Office of the President, Ghana 🇬🇭 …@ghanatourismGTA @NakufoAddo pic.twitter.com/PSBpah3g2i

A press statement issued by New Africa Nation said “as a company, we feel that the last few days have exposed an issue in Ghana that goes beyond the Office of the President, Ghana: The lack of respect and understanding of intellectual property”.

We have sanctioned works in the past for Government use, most notably, our 2018 record, “Bra Fie” featuring Damian Marley, which was used as the theme song for the ‘Year of Return; which we launched via our TINA Festival alongside the President of Ghana.

However, no such process was observed in relation to the recent video in question regarding our record “New African Girl”. We sympathise with Kirani Ayat. As creative persons, we sacrifice a lot to be able to put together a song, let alone a whole video with high-quality production value. As a Company, we have stayed true to our own mission – investing hundreds of thousands of dollars to promote Ghana over the years, which we will continue to do.

Clearly, mistakes have been made by the Government in this situation, but hopefully they can take corrective action to compensate accordingly. Going forward, the solution must be to invest in more education around intellectual property.

This is something the Ministry of Tourism, Arts & Culture can do both internally and for the creative sector as a whole. Ghana has always been an influential voice in music globally and a lot more can be done to support artists from an early stage.

“In the meantime, our legal team is in discussion with the Ministry and their legal team in order to resolve this issue,” the statement concluded.

We ( creatives ) do a lot to put our country out there , attracting a lot of tourists x investors that translates to money to help nation building yet that’s one sector with no support… I feel my brother and support him especially if he actually reached out and didn’t get help https://t.co/kr7zEYaP2f

In a tweet, Sarkodie also noted that creatives work tirelessly to sell the country to investors and tourists with no help whatsoever from the government.

“We (creatives) do a lot to put our country out there, attracting a lot of tourists and investors that translates to money to help nation building yet that’s one sector with no support… I feel my brother and support him especially if he actually reached out and didn’t get help,” he wrote. 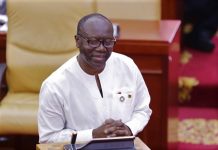