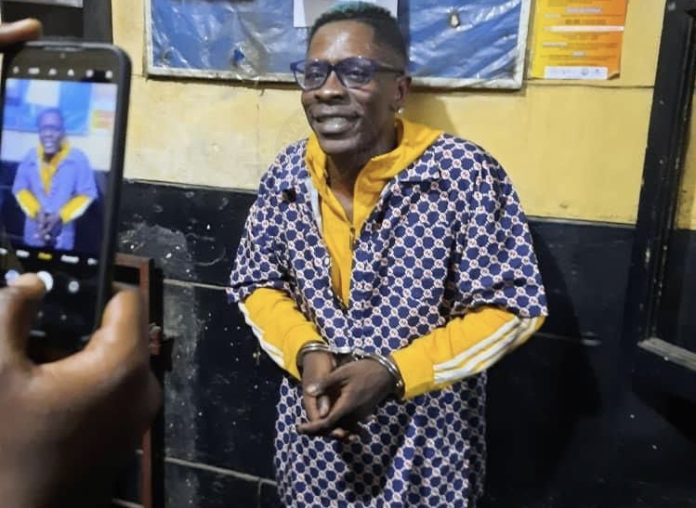 “After we publicly declared him and one other person wanted, the suspect, Shatta Wale, turned himself in on Tuesday 19th October 2021, at 8.59 pm.”

According to the Police Statement, Shatta Wale is in custody to assist them with investigations. 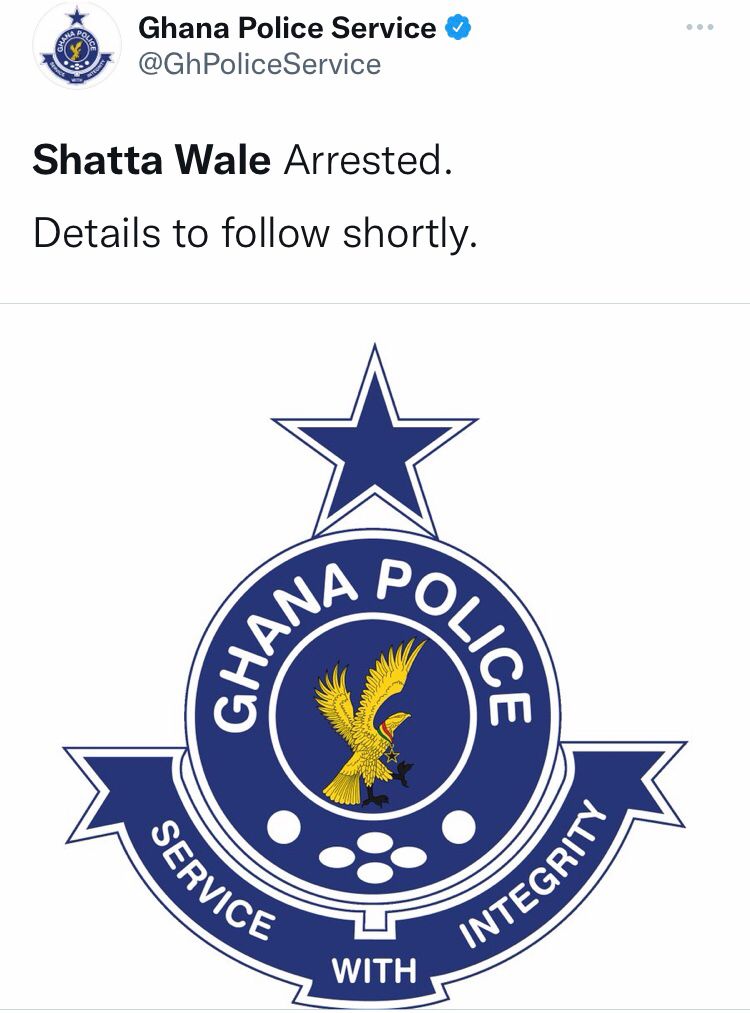 “He has been arrested to assist the Police in investigations for his alleged involvement in the creation and circulation of information intended to cause fear and panic.”

“As stated in previous statements, the public is advised to desist from publishing false information, capable of disturbing the peace of the country or risk being arrested and prosecuted,” the Police noted. 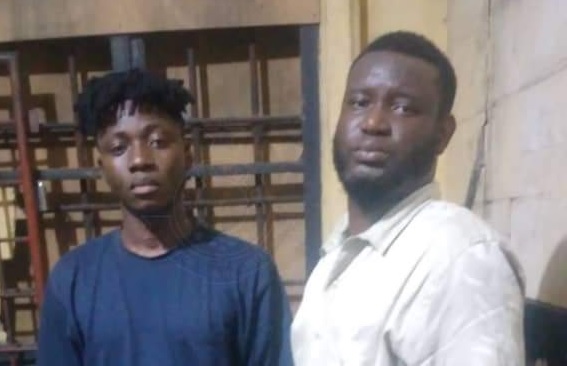 Meanwhile, two others are in Police Custody for Spreading False Information in Connection with Alleged Gunshot Attack on Shatta Wale.

The two arrested Kojo Owusu Koranteng, also known as Nana Dope and Eric Venator, alias Gangee, for allegedly spreading false information with the intention to cause fear and panic.

“The arrest of the suspects is in response to the alleged circulation of false claims on the alleged gunshot attack on Shatta Wale.”

Preliminary investigations by the Police reveal the widely reported gunshot attack on Shatta Wale Monday, 18th October 2021 was a hoax.

“No one will be spared if Police investigations point to their possible criminal culpability in this matter,” the statement noted.

NCA sanctions MTN for failing to comply with directives