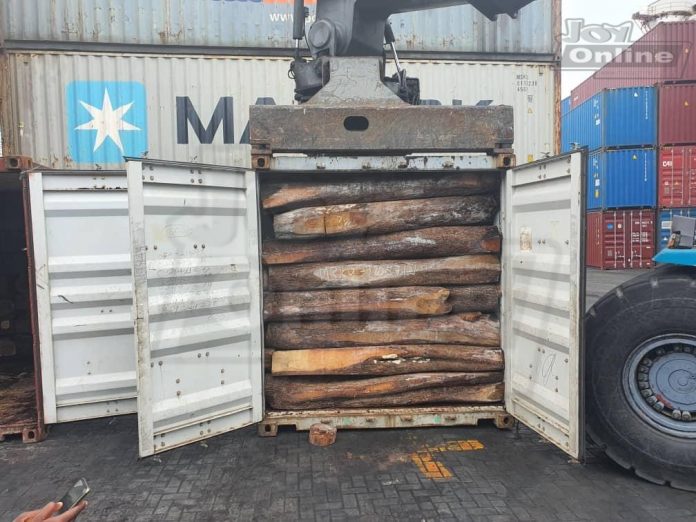 13 containers loaded with the banned species, rosewood bound for export has been arrested at the Tema Port.

This comes barely a month after government announced a total ban of the product as a measure to stop the illicit harvesting, transporting, processing, trading and exporting of rosewood and control its exploitation.

Deputy Minister of Lands and Natural Resources Benito Owusu Bio who led a team to the Tema port to inspect the containers said they initially put the total number of the containers at six.

However further investigations confirmed there were 13 containers. He said documentation provided shows that the rosewood was imported from Nigeria and the consignee is FELISCO-SUN company.