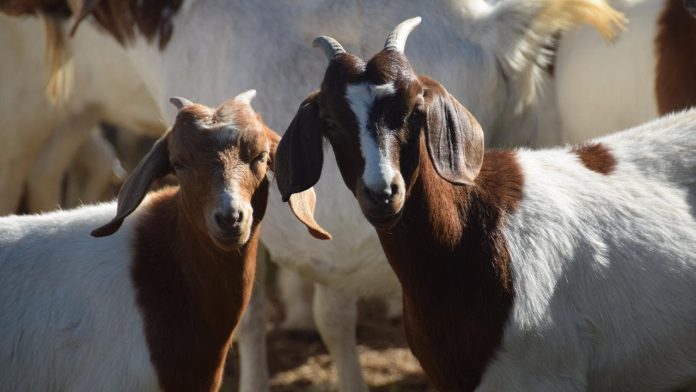 An Accra Circuit Court has convicted a 25-year-old fisherman Emmanuel Laryea after pleading guilty to unlawful possession of some stolen goats.

He was found in possession of goats stolen by some persons alleged to have embarked on goats stealing spree at Teshie in Accra.

Another accused person Samuel Tetteh however pleaded not guilty to two counts of conspiracy and stealing and remanded.

Two other persons are on the run, while the last accused is said to be deceased.

Prosecuting, Inspector Dzigbordi Nego told the Court that last September 11, at about 11pm, Tetteh who resides at Teshie together with the other accused persons on board a mini bus embarked on goat stealing within the Teshie township.

Inspector Nego said on their return after a successful operation, the road was blocked by a mob who attacked them.

She said the alleged thieves managed to escape, but luck eluded one of them who was lynched on the spot.

The Prosecutor said the mob also caused damage to the vehicle. She said investigations led to the arrest of Tetteh from his hideout.

He allegedly admitted the offence and mentioned names of his accomplices.