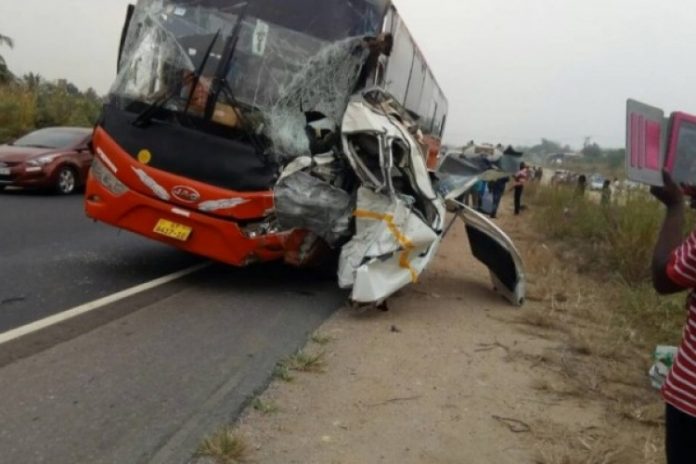 According to the latest statistics from the Regional office of the National Road Safety Authority (NRSA), 360 deaths were recorded from January to September 2021, involving passengers, occupants, and motorcyclists.

The Eastern Region continues to be the third most fatal in terms of motor accidents after the Greater Accra and Ashanti Regions.

The Eastern Regional Director of the National Road Safety Authority, Dennis Yeribu in an interview with GBC News in Koforidua, on the sidelines of an educational campaign to clamp down on the use of what has been termed, killer lamps by vehicle handlers, described the trend as worrying and needs urgent attention.

He said out of the 360 people who died, 145 were motor riders. Mr. Yeribu threw more light on the killer lamps which have been observed to be one of the major causes of road accidents in the country.

”These lamps are way aside from the yellow and white lamps or life emissions accepted by the law. And the law also states that we should have a maximum of four lamps on the front of every vehicle. But the caveat here is, those four lamps should not come on at the same time, they should be independent. That is what the law states, but we have a practise whereby other road users want to take undue advantage of other vehicles by installing some of these massive unapproved lights on their vehicles, especially with the trucks, they sometimes have about seven lamps. When they put them on, other road users do not see anything at all and if you are not very fortunate, you will lose control of your vehicle. And these are what we are as an authority, partnering with our stakeholders, the MTTD and the DVLA. We are sure that this thing is curtailed,” according to the Eastern Regional Director of the National Road Safety Authority, Dennis Yeribu.