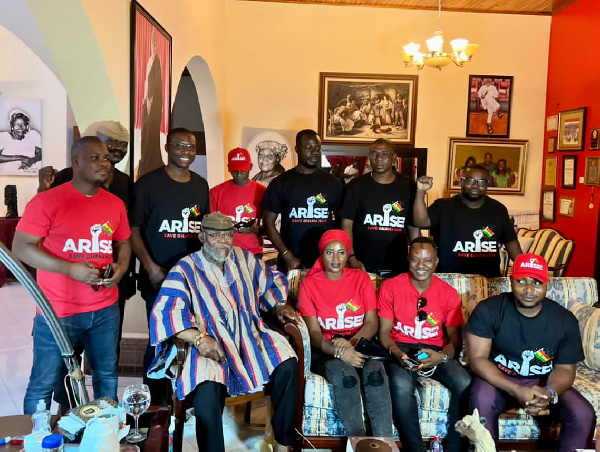 Her Ladyship Comfort Kwasiwor Tasiame has directed Arise Ghana organisers of the #KromAyeShe demonstration to end their public protests at 4 pm on Tuesday, June 28, 2022.

The Criminal Court 4 Division (High Court) effectively struck a balance between the competing directive of the Police for the demonstration to end at 3 pm on Tuesday, and the desire of the organisers to run till 8:00 pm.

The presiding judge also directed that the demonstration should commence at 8 am with the demonstrators converging on the Kwame Nkrumah Circle, moving through Farisco and TUC to the Independence Square.

A representative from the Presidency, may, according to the Court Order, meet the #KromAyeShe demonstrators at the endpoint to receive their petition.

The Ghana Police Service had gone to court seeking to restrain the organizers from embarking on the demonstration in the form and manner they had been planned.

The organizers intended a 2-day demonstration, to close each day at 8 pm, but the police, in their case before the court, argued that recent terror attacks within the sub-region presented security red flags that did not allow for such an arrangement.

Lawyers for Bernard Mornah and Arise Ghana, Organisers of the demonstration, said the reason ascribed by the Police was far-fetched.

Lawyer Godwin Edudzie Tamakloe, lead Counsel for the organisers, argued that the organisers had demonstrated good faith and a willingness to engage the Police in the disagreement over time.

He said the Police’s position was surprising.

Describing the Police application before Court as “playing on the emotional keyboard of this honourable court by mongering fear”, the lead counsel for the organizers said it was in bad faith.

He thus prayed the Court to do a balancing act between 3 pm the Police was proposing and 8 pm as proposed by the organizers; in the event that the Court was minded to grant the police order.

Lawyer Tamakloe however, challenged the police Service to request for an in-camera hearing where it would show the court, if any, the intelligence-based security analysis of an imminent terror attack supporting their application.

Meanwhile, Her Ladyship, Kwasiwor Tasiame, in making his orders said it was for Peace.

She urged the parties to put Ghana first in all concerns.

To the organizers, Her Ladyship said, “I believe within that time whatever message you want us to hear you can carry it across”.

August 10, 2022
President Nana Addo Dankwa Akufo-Addo has described as "fake", some media reports suggesting he was interfering in the upcoming Nigerian presidential elections and gone...

Ghana to implement Automatic Exchange of Information by September 2019