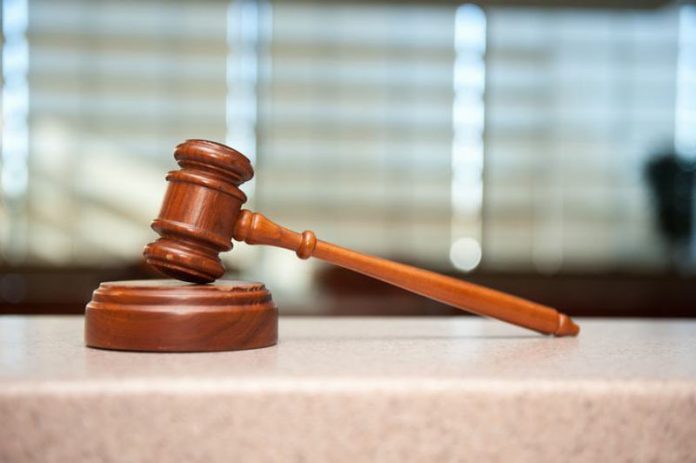 A 54-year-old farmer, William Ocloo, has been remanded into police custody by a Ho Circuit Court for allegedly setting ablaze a business centre, belonging to Mr Daniel Esigie.

Ocloo was charged for causing unlawful damage and pleaded not guilty to the charge.
The Court presided over by Mr Felix Datsomor remanded him into police custody to reappear on June 23, 2021.
Prosecuting, Police Inspector Agnes Ahiable, told the Court, the complainant rented a parcel of land from the accused along CK Road, a suburb of Ho, where he established a graphic design business in a metal container shop.
Inspector Ahiable said in 2019, a misunderstanding ensued between the accused and the complainant over the rent of Gh¢80.
The accused disconnected the complainant’s electricity line and threatened to burn the container.
The prosecution said on August 23, 2019, at about 2030 hours, the complainant had a call that his container was torched.
She said the complainant rushed to the scene and with the help of the Ghana National Fire Service brought the fire under control.
However, items including Advance Canon copier 5045i colour machine, Canon MF8280 colour machine, three A4 Epson 3 in 1 machine, Laserjet printer 1320, HP Photo smart, one generator, Samsung digital camera, laminator,
One CPU, amplifier speaker, one Vodafone wi-fi, seven HP computers, five plastic chairs, one bicycle, three office tables, two plastic tables, one ceiling fan, all valued at GH¢51,460.00 were destroyed by the fire, she said.
Inspector Ahiable said the complainant reported the incident to the Ho Central Police and told them that on the day of the incident at about 1730 hours, he saw the accused with a used car tyre, and suspected him to be the culprit.
The prosecution said the accused person was arrested and in his investigation caution statement, he denied knowledge of the offence but admitted the misunderstanding between him and the complainant.
She told the court witnesses around the scene, in a statement obtained from them, that they saw the accused holding a used car tyre two hours before the incident.
The prosecution disclosed to the Court that a fire report received from the Ghana National Fire Service on March 3, 2021, revealed that there was a burnt tyre on the ground scene.
The case docket was sent to the office of the Attorney General’s Department (AGs) for advice and based on the advice, the accused was charged, she said.