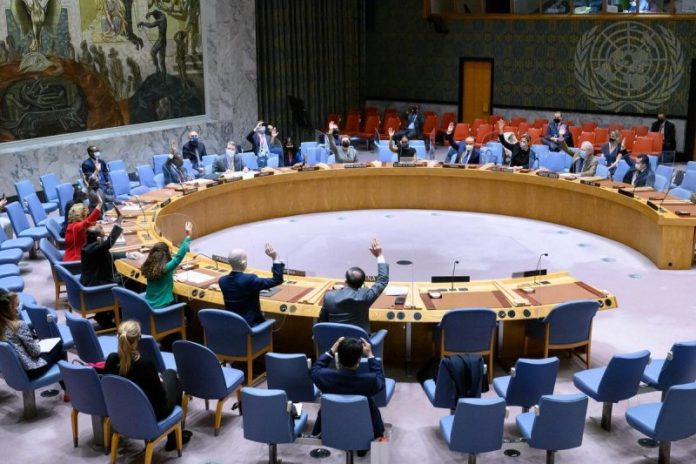 A flag-raising ceremony took place, January 4, 2022, at the UN Headquarters in New York to mark Ghana, four others taking their seat on the Security Council for a two-year term as non-permanent members.

Ghana, Gabon, Brazil, United Arab Emirates and Albania were elected in June by the General Assembly to sit on the Security Council as non-permanent members with effect from January 1, 2022.

It brings to three the number of African countries on the 15-member UN body, with Kenya already on the Council since January 2021. The East African country’s two year term expires at the end of December this year

In November 2022, Ghana is expected to preside over the Council.

Ghana received the support of 185 out of 190 countries during the General Assembly vote, more than any of the five nations elected to the Council.

Handing Over Of MASLOC Buses To GPRTU