Four-time Olympic gold medallist Simone Biles has reacted to the widespread support she has received after withdrawing from Thursday's...
Read more

Some older Kindle e-readers will soon no longer be able to connect to the internet to download new books,...
Read more

The Director-General of the Ghana Broadcasting Corporation (GBC), Professor Amin Alhassan says the Corporation is committed to using its resources to support the development of education in the country.

This, he said, will be done through collaboration with educational institutions, especially, the new tertiary institutions, since they have not been given much media attention.

Professor Amin Alhassan said this at a meeting at Broadcasting House in Accra with officials from the University of Environment and Sustainable Development, which is the latest public University situated at Somanya in the Eastern Region.

The only public University in the Eastern Region commenced academic work over the weekend with an intake of more than 40 students. Authorities of the school saw the need to collaborate with and consult stakeholders to announce their existence and the Ghana Broadcasting Corporation was seen as one of the appropriate institutions to collaborate with. 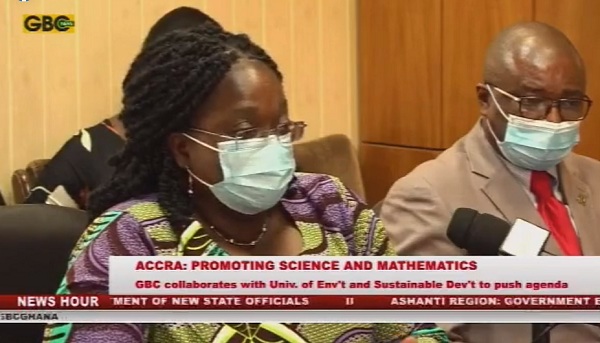 Vice Chancellor of the University, Prof. Eric Nyarko Sampson said the University is engaging its students in community development projects and this needs the support of the media, hence the call on GBC.

Director General of GBC, Prof. Amin Alhassan said the Corporation is committed to collaborating with institutions and use its resources to support education as a public media organisation.

The Registrar of the School, Mrs. Mary Abena Agyepong entreated parents to encourage their wards to enroll at the school.

Some older Kindle e-readers will soon no longer be able to connect to the internet to download new books, Amazon has said. First- and second-generation...
Read more
World

Chelsea Football Club owner, Roman Abramovich and other Russian billionaires have sued a British Journalist over a book about the rise of President Vladimir...
Read more
Business

Keta, Anlo lagoons ecosystem depleting at an alarming rate due to human activities

The vegetation cover of the Keta Lagoon Complex Ramsar Site is depleting at an alarming rate, and this poses serious threats to the entire ecosystem...
Read more

Government has planned to dredge the Keta Lagoon Complex to prevent annual floods to protect lives and properties in adjourning communities. The government has identified...
Read more

The Local Government Service (LGS) has rated the Volta Regional Coordinating Council (VRCC) as the top performing among the 16 regions for the year...
Read more