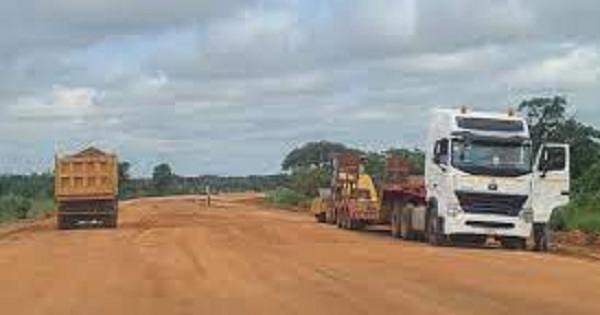 Construction on the 20-Kilometre Tumu-Wa Highway has begun as one of the five contractors has started the grading of his awarded portion.

Mr Paul Adu, the Site Engineer for Maripoona Enterprise, disclosed to the GNA at the site in Lilixia in the Sissala East Municipality that they were on the site to begin work on the 20-kilometer allocated to them.

Mr Adu said Maripoona would continue from where Ashcal ended from Tumu with 20km towards Jeffisi.

“We are currently putting the road into trafficable condition to allow for smooth vehicular movement from now.

After that process, we shall replace and expand all the five pipe culverts on the stretch,” Mr Paul Adu said and assured that barring any unforeseen hitches, the road should see its share of five kilometres of bitumen before December 2022.

The Site Engineer said in areas where the company had gathered gravel for use, they had started the process of marking those sites to reclaim the degraded land.

He said they had already discussed that with the Forestry Commission to supply them with seedlings, and added that there would be streetlights in every community that they would work in.

Maripoona Enterprise is one of the five road contractors that Dr. Hafiz Bin Salih, the Upper West Regional Minister, said signed various contracts in May, this year to get the 85km Tumu, – Han – Wa highway paved and upgraded to a bituminous surface before 2024.

When asked if the contractor had any challenges, Mr Adu said they had not encountered any challenge, and that they were receiving cooperation from the Lilixia Chief and his people.

The rest of the contractors, Aschal, Mawums, Green Haus, and P & W Ghanem, were yet to start.