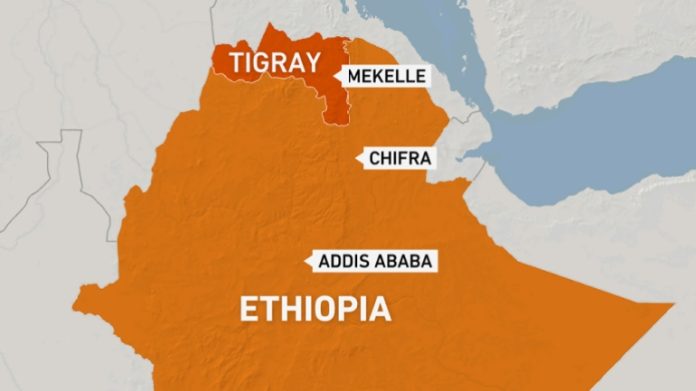 Secured with scores of lions and guided swarms of bees fighting alongside its imperial forces in warding off invading troops, the independence and integrity of Africa’s only uncolonized ancient empire and modern republic hangs on a fast-thinning thread.

Latest developments in the year-long conflict between Ethiopian Government forces and the Tigray People’s Liberation Front have racked up levels of concern worldwide. The shock announcement in the dying days of November by a global sports icon and an athletic legend of the troubled East African nation – multiple Olympic gold medalist, Haile Gebrselassie – that he is ready to do whatever is required of him, including going to the front line, has led several countries to advise their citizens to evacuate Ethiopia while commercial flights still run. These countries include Great Britain and the United States. The rest of the world is worried about the grave humanitarian crisis. At least 400,000 people are facing famine-like conditions in the conflict zone; 80 % of essential medication is unavailable, with more than two million people having been displaced from their homes in a government blockade of the northern Tigray province.

The heightened tension comes in the wake of the TPLF edging ever closer to the capital, Addis Ababa. Earlier in the month, Prime Minister Abiy Ahmed declared a state of emergency, asking for more military recruits. He also sent a chilling message that, “we will bury this enemy with our blood and bones”, referring to the TPLF. Marathoner Gebrselassie and Feyisa Lelisa – another national athletic hero – may have been wised up by 2019 Nobel Peace Prize winner Ahmed’s decision a few days earlier to move to the battlefront.

Should the TPLF continue moving further down from the current 225 km point on the main A2 national highway, analysts predict a grim and bloody battle for the capital. That cosmopolitan city of nearly five million people, representing a potpourri of all of Ethiopia’s major ethnic groups, hosts a number of international and regional organizations.

Significant of these is the Headquarters of the African Union, or AU. In the threatening bloodbath lies the fears of the world and all Africans must be deeply concerned. What began in November last year as a clash of egos between reformist Prime Minister Abiy Ahmed, an ethnic Oromo, and the leadership of the Tigray People’s Liberation Front, who felt sidelined, leading to skirmishes, now threatens to rip apart the home of African institutional unity.

The escalating situation in the country meaningfully renamed Ethiopia after the former Abyssinia is of grave continental concern. That country accommodates the administrative structure of the Continent’s integration, that is, the AU Secretariat.

This is of great importance, because, apart from it being the modern-day headquarters of the African Unity and Emancipation agenda, Ethiopia – whether geographically or as a concept – has been the ancient rallying point and symbol of future spiritual Salvation for the “people of dark skin”. For that is how the name “Ethiopian” translates.

It is for this reason that Ghana’s first President and a Founding Father of the OAU (now the AU), Osagyefo Dr. Kwame Nkrumah, declared at the 1963 inaugural OAU Conference in Addis, quoting Psalm 68:31, that, “…Ethiopia shall soon stretch forth her hands unto God.” That cherished prophecy and aspiration of Africans and their global kith and kin, is sprawled in letters of gold on black marble at the base of the statue of that “High Apostle” of African emancipation.

That golden statue of Kwame Nkrumah stands in all majesty at the AU Headquarters in a city and nation that must of necessity be saved from the looming conflagrations of ethnic hostility.

Everyone wishes the dangerous path is averted. That includes Abu-Bakr Mahmud Sheriff, a BBC programme contributor from Liberia who sees Ethiopia, the African Union’s host nation’s inability to unite its own country, as ironic and sad.

Tensions that can disrupt the work of the AU in these exceptional times had been simmering at the AU Secretariat for months. This was after the continental body’s Human Rights Commission launched a Commission of Inquiry into human rights violations on both sides of the conflict.

But while the conflict intensifies and the “Land of Origins” struggles to come to terms with its immediate future, the African Union has been at work. It appointed His Excellency Olusegun Obasanjo, former Nigerian President, as the High Representative of the Chairperson of the African Union Commission for the Horn of Africa. After a familiarization tour and initial assessment of the situation, engaging national and regional leaders, all in a determined search for a political solution to the war, Mr. Obasanjo affirmed that, “I am optimistic that common ground towards a peaceful resolution of the conflict can be secured.”

Time is of the essence in halting the march of boots on the ground and the booming of guns. The women, children and infirm of Ethiopia deserve peace and the protection of their soldiers and strongmen.

Because, peace is a quality best secured when freely given and not necessarily when bought or enforced with violence or weapons of war.

For, as Jesus Christ, who was revealed two thousand years ago by the Apostle Philip to the Ethiopian eunuch or senior government official seeking peace, taught, “Blessed are the meek, for they shall inherit the earth”; just as He also assured that, “Blessed are the peacemakers, for they shall be called the children of God.”  Where are the peacemakers?

By Raymond Tuvi, a Development  Consultant. 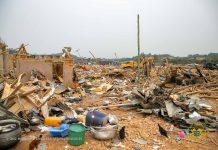 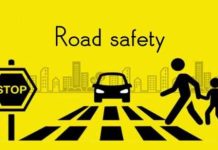 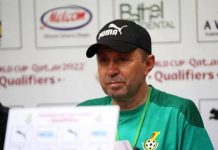 How? Why? Did Ghana Exit AFCON?