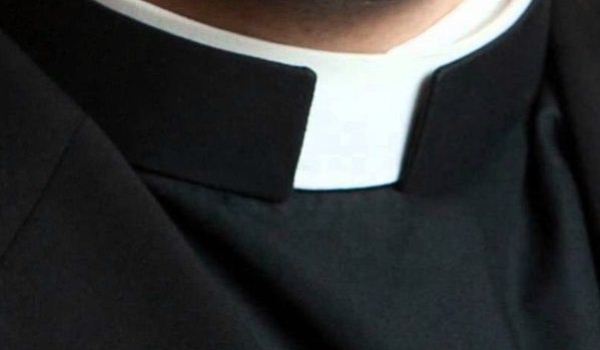 NEWS COMMENTARY ON THE CANKER OF SHORTCUTS TO RICHES.

With ours having been described as the era of everything quick and fast – such as fast food, fast cars, fast balance, quick dryers or quick cash, among others – any means to get there faster, seems to be not only accepted by many but also expected. The main philosophy appears not to be “success in the shortest possible time” but “success – whatever it may be – here and now”, and the quicker and hotter it’s served, or rather, snatched from fire, the better.

But, the question to ask is, “Why the haste?” Human greed is as old as Adam – or maybe, Cain. Indeed, half of the Ten Commandments address and prohibit sins of dispossessing one’s neighbour of what is theirs: that is, their lives, their spouse, their property and their liberty, through bearing false witness against them. Indeed, the Book of 1 John 2:16 points out, “For all that is in the world, the lust of the flesh, the lust of the eyes, and the pride of life, is not of the Father, but is of the world.” But, the “Get-Rich-Quick” attitude as a way of life and as a Ghanaian expression has not been prevalent in our national culture for too long. Not long ago, our parents and grandparents guided us with moral fables with, “A good name is better than riches” as the common theme running through them. Indeed, a few of our good, old trotros still carry that maxim around our roads and highways, as well as the famous one affirming “Honesty” as the best policy, among others in the same vein.  Indeed, in the colonial or post-colonial heyday, it was a life-mission for many a civil or public servant to retire honourably or be honourably discharged from duty without any administrative or financial blemish on his records.

Fast forward a decade or so, the renewal of national growth after the economic and humanitarian crises of the early eighties coincided with the establishment of American-style televangelism and the preaching of the “Prosperity Gospel”. This coincidence of economic resurgence and the propagation of the Gospel of Money led many new evangelical preachers to make either logical or self-serving connections between the promises of fruitfulness in the Word of God and the availability of material benefits. Many congregants – thousands of famished Ghanaians emerge from the drought and national recession – jumped on or switched to the notion of a Loving Father who was not only waiting for them in Heaven in the sweet by-and-by but more so a miracle-working God who answered quickly by fire.

It was He who must on any day or any time supply all their needs – jobs, big cars, big cash, bigger houses, pretty wife, influential husband, smart children, US visa, etc. – according to His riches in Glory by Christ. The message of holiness and Salvation became outmoded and unattractive. Some Men of God – or so professed – have since become everything, including wife-bathers, anointing oil distillers and holy water merchants, to some who will do anything for what some have termed “quick action”. They have become new saviours to many misled by their own desires, and also to the rather distressed and genuine seekers of God, who are like sheep without a shepherd. Thus, so many have fallen prey to such retailers of false prophecies, deliverance and healings. But this is when minister-congregation relationships can turn cult-like and risky.

Mention can be made of several scenarios of religious leaders who have assumed so much control over the thoughts and personal life choices of their members, with exploitative, ridiculous or tragic consequences. Perhaps, most infamous of such doomsday cults in the not too distant past was the People’s Temple founded and led by flashy American pastor Rev. Jim Jones. Jones had fled California with his over a thousand-member religious cult to settle in the Latin American country of Guyana. Upon Jones’ orders, members – including hundreds of children and babies – took a fruit drink laced with cyanide in what they had termed a “revolutionary suicide”. Over 900 of them, including a United States congressman, died in what became known as the “Jonestown Massacre” in November 1978. Jones himself committed suicide by a gunshot wound to his head.

Obviously, those cult members were nothing like the people of Berea. The people of Berea, in the early Christian church, were described in Acts 17:11 as “of more noble character than those in Thessalonica, for they received the message with great eagerness and examined the Scriptures every day to see if what Paul said was true.” Such people could never have been misled, not even by the Great Apostle of the Gentiles himself if he ever wished to do so.

In contemporary times, they will also not fall for the deceptions and unbiblical antics of charlatans, be they false ministers of the Gospel, mallams or fetish priests or priestesses who have lately besieged our radio and television stations; whose methods include getting such “believers” who aren’t studious of the Word, to indulge in unscriptural acts and horrible rituals as short-cuts to riches, fame or what-have-you, with the main aim of capturing their hearts to manipulate them to their own advantage. Those wittily tagged “gods of men” insist on such dubious activities regardless of whether their followers lose everything they ever had, including their Salvation and the promise of Eternity.

But such followers, if true Christians or other people of faith, would rather regularly go to the Source of all good things Himself, God, as He’s revealed in His Word, for spiritual guidance and nourishment, as the people of Berea were commended for doing. In there, they’ll find Him say to them, in Psalm 37:4, that, “Delight yourself in the Lord, and He will give you the desires of your heart.”

That way, dubious short-cuts to prominence and prosperity being propagated by scammers would not ensnare the masses and painfully mislead even teenagers to kill their innocent friends and younger brothers for the vain promise of money they have not earned or toiled for. 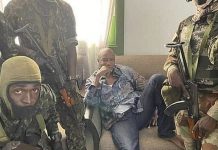 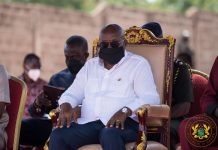 The long awaited fresh appointments to positions of MMDCEs