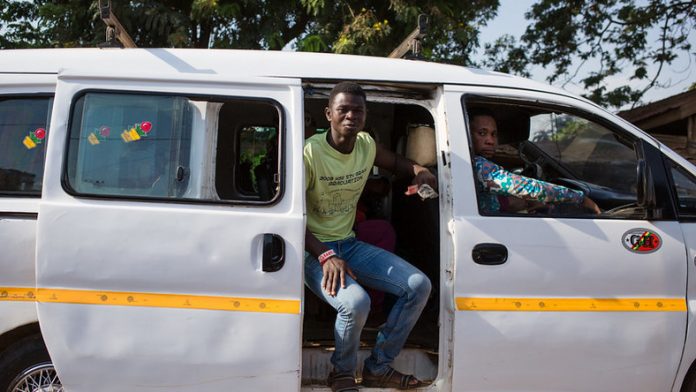 By Edmond Tetteh, a Journalist

Commuters in the Country believe the Ghana Private Road Transport Union, GPRTU and allied bodies including the Ghana Road Transport Coordinating Council, GRTCC seem to be having a field day with transport fares in the Country. This is probably due to a weaker regulatory mechanism or supervisory duties on the part of the Government. But who can blame these commercial transporters when fuel prices continue to see a steady climb up the roof, if the oil price politics and international machinations do not see any end in sight. In the last two or so years, lorry fares have gone up about four or five times. In June 2021, there was an increase in transport fares. Just about four months later, in October, the same year, the transport unions came together to affect another increase, attributing the move, as usual, to increased fuel prices.

In March this year we saw another increase and just this week, commercial transporters, after haggling, heckling, pushing and shoving, eventually settled on a 20% increment in transportation fares, much to the chagrin of commuters. For some years now, the hikes have hovered around fifteen, twenty and thirty percent, with the government occasionally intervening to stop any astronomical intentions on the part of the transport unions. Sadly, the latest increases never saw the hand of the ‘intervening authority’, government in this case, because the unions claim the Transport Minister has been playing hide and seek with them. They, therefore, had no alternative than to adjust the fares up by twenty percent, going by their whims and caprices. Joined to the drivers’ cacophony of excuses is the cost of spare parts, the cost of which is made worse by the depreciating cedi. Commuters must be ‘feeling hard done by’ and some have demanded drastic action from the government to halt these unfair and bi-monthly hikes in transport charges.

Some analysts have even suggested that if the state was running an effective transport system for the public, as pertains in more advanced economies, the unions may never have the upper hand in commercial transport services, let alone hitting commuters’ pockets so hard with unfair charges. To others, the whole matter looks opportunistic and exploitative. While these private commercial transporters always demand their pound of flesh, they have not marched these demands with a proper maintenance of their vehicles. Most of these vehicles are not fit to ply the roads and one wonders how their owners managed to secure road-worthy, and insurance certificates. When these jalopies step out, they look like mangled metals meant for the scrap market. Shockingly, they have worthy certificates and endorsement from their unions to ply our roads, albeit confidently. And in this rainy season, the less said about the leaking roofs, the better.

Isn’t it somebody’s duty to check the rickety cars that are also benefiting from all the largesse in transport fares? Most of these cars, described by a transport consultant as “death carriers’ ‘, have been shipped in from Europe where they were originally used to ‘’cart’’ wheat and bread but later configured to “cart” human beings in Ghana. When these improvised lorries get involved in accidents, especially with passengers on board, what meets the sight, is indeed very sordid. Trapped bodies that try unsuccessfully to escape from cut –up and mangled vehicles. The DVLA and in fact the GPRTU alongside the other Unions have a huge task to step up the inspection of vehicles used for commercial transportation, to ensure some comfort for commuters. If the commuter is to continue to pay up for hikes in transport fares, then the minimum he or she deserves is a transport system that guarantees his comfort and peace of mind.

The Police are not left out because the issue of overloading is still a parasitic bane in our transportation system. The officers of the law sometimes look on, unconcerned as the vehicles pass by with their conductors, or “mates” hanging by them like a thread. Should this be happening in this day and age? Complicated in all these are the suffering passengers who themselves fail to talk, when ‘open crime’ is being committed by some of these drivers. This is the more reason the drivers and their unions have continued to exploit the system to their benefit. If the trend is to be halted, then all must heed the cry to fight for best services from our transporters, even as they also continue to demand increased fares. A win – win situation will ensure order and serenity in our ‘TROTROs’. 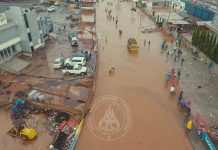 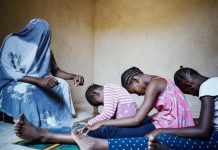 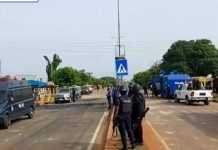 Rwanda agrees to take in hundreds of African migrants