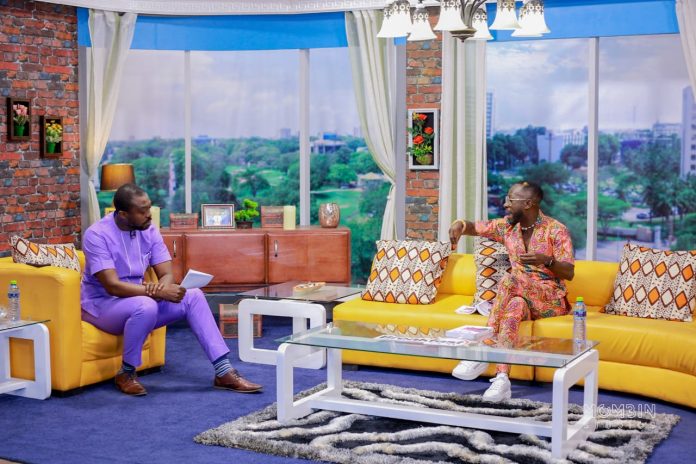 Rap Doctor, Okyeame Kwame has opened up about his personal life stating that, growing up he had no confidence in himself during his youthful days because everyone kept telling him he was not intelligent.

He said this during the Up-close and personal segment on the GTV Breakfast Show.

Kwame Nsiah-Apau, popularly known as Okyeame Kwame who described himself as an elegant, intelligent African with the passion for development, opened up about his youthful days, age and how his Uncle used to beat him anytime he failed in his Examinations.

According to him, he was born dyslexic, which made it difficult for him to recite alphabets or say numbers at age 10. Dyslexia is a learning disorder that involves difficulty reading, due to problems identifying speech sounds and learning how they relate to letters and words (decoding). Also called reading disability, dyslexia affects areas of the brain that process language.

Okyeame Kwame explained that his dad was very troubled during those years because his father was a smart man and he (Okyeame), was not since the doctors could not diagnose the real illness and feared he (Okyeame Kwame) would grow up to become a nonentity in future.

He reminisced how those moments made him feel like “trash” and felt all hope was lost, especially when his Mother had to take him to his Class 2 teacher for extra lessons and all the time the teacher reminded him about how unintelligent he was, while his mother was a teacher. He added that his mother used to call his Uncle just to come and lash him because he could not get his homework done right.

Okyeame Kwame spoke of how Lord Marcus helped him gain confidence, by taking him through rap music.

The Rap Doctor advised parents to choose their words carefully when speaking to their children, so as not to demoralize them.

Okyeame Kwame has published a book titled ‘’Love Locked Down’’.

One in four Ebola cases undetected in Congo: WHO

Obour shows off new look as he cuts dreadlocks