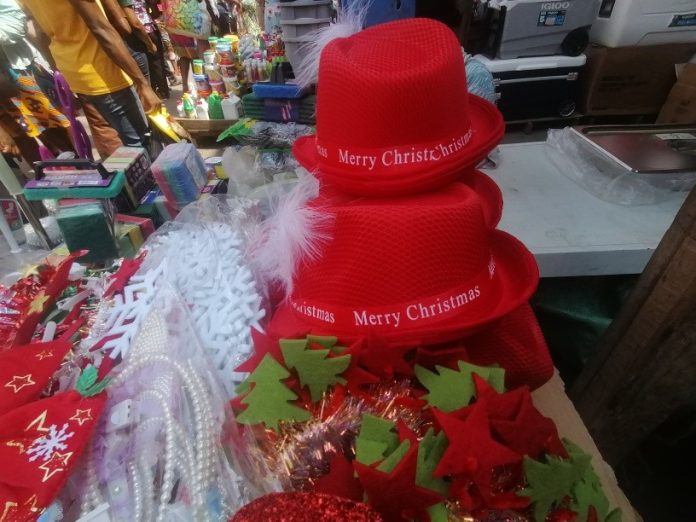 By Hannah Dadzie and Jennifer Tetteh

Traders in some markets in the capital have started displaying Christmas paraphernalia as they have modified their business strategy due to customer demands for the Christmas season. Many who on normal occasions trade in other items have now shifted to Christmas wares including hats, headbands, balloons, Christmas trees, and firecrackers. As the Christmas fever pitches our reporters Hannah Dadzie and Jennifer Tetteh visited some markets to gauge the mood of traders as the yuletide fast approaches. 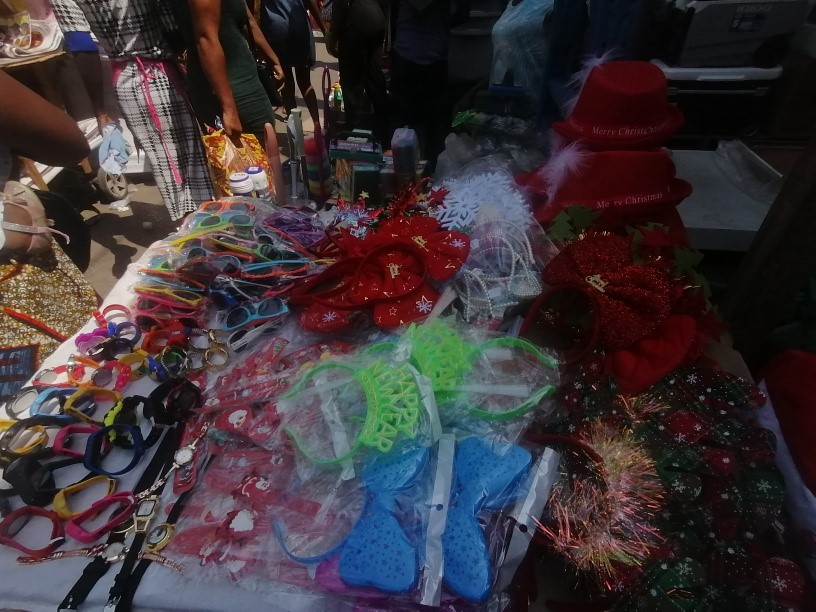 Though there’s still more days until Christmas, some traders in Accra have already started selling festive paraphernalia. A drive through some principal streets of the capital, showed that some institutions have started displaying Christmas lights and trees on their premises. A visit by GBC News to some major markets in Accra saw lights, trees, wreaths and buntings on display, tempting buyers. Whilst most of the items are what we saw in previous seasons, there have been new discoveries. Some of the traders say they hope to cash in this Christmas.

“I sell pegs and hangers but because the festive season is approaching I have shifted to Christmas wares. I just started but I pray and believe I will make sales to be able to take care of my family. Now, we are having problems with the taskforce because we sell on pavements. We are hoping they will be allowed to sell here during this season”, according to a trader. 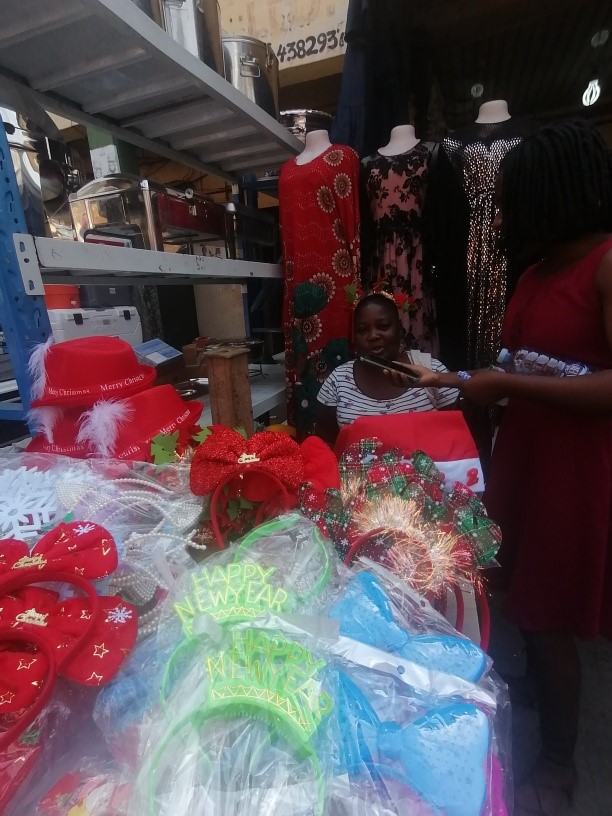 ”I sell cosmetics, normally every year I sell Christmas things because people do a lot of shopping during this season. Although it is early, people are buying and it is not expensive.”

“People buy these Christmas paraphernalia wholesale to sell on retail to their customers, so during this festive season, we really cash in a lot”, another trader noted.

A customer who had finished buying her Christmas wares told GBC News that she is doing early sales to avoid the crowd in the coming weeks with the emergence of the new Omicron Covid Variant. 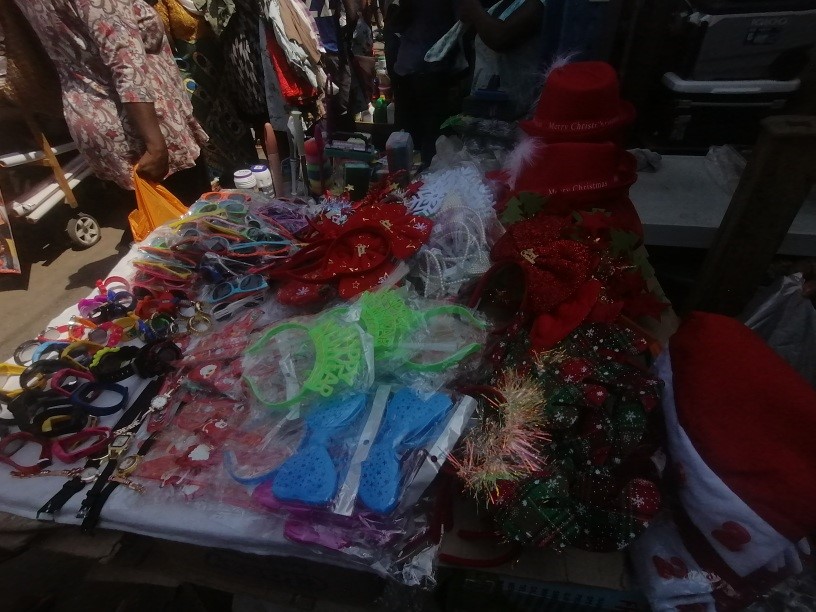 ” I’m here to buy some Christmas paraphernalia to decorate my house and office, I bought some balls, wreaths and lights. In as much as we are about to celebrate Christmas, we are still in the Covid era so I think it’s better l come early and avoid overcrowding and also cut down some stress, because if I wait till the Christmas season by then those who travelled will be in town and there be a whole lot of noise around so I want avoid, ” according to a customer.

Other traders were still selling their original items saying they intend to sell Christmas wares in the coming weeks because they believe it is too early for such items. Although it is early days yet for the festive season, Pedestrian walkways have been clogged by traders, shoppers and vehicles. 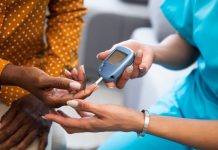 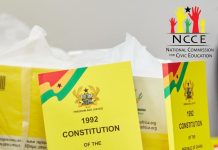 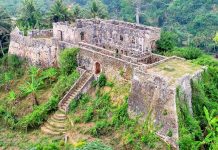