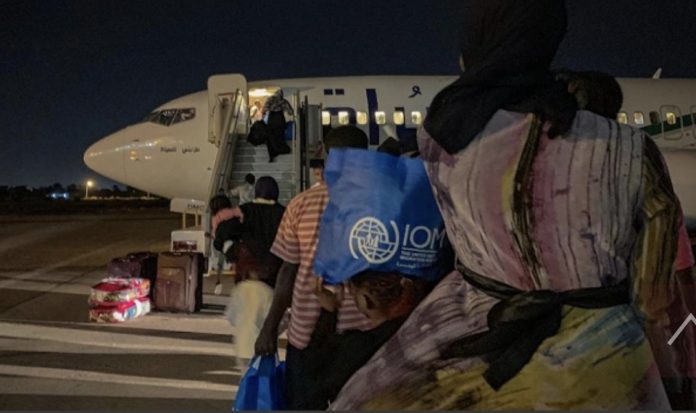 Ms Josephine Oppong-Yeboah is a media personality and gender advocate. She believes that the best every community could do to their return migrants was for them to show them love, empathy, affection and social support than subjecting them to ridicule and stigmatisation.

For her, “Return migrants go through a lot; psychological stress, anxiety and hopelessness”, adding that “these are people who are morally down, financially stressed and physically unstable; they need the support of their communities.”

She expressed the concern that stigmatising return migrants put pressure on them to go back to wherever they travelled to, even if it will take their lives to get there.

“When return migrants are mocked or feel ridiculed, they see themselves as failures and therefore try to make amends by going back to abroad to try to make a good living,” Ms Oppong-Yeboah observed in an interview.

She was of the view that many of the return migrants have been abused, suffered social exclusion from foreigners and their agents or law enforcement agencies, with some of them spending months if not years at the prison and “so when they come home, different factors are working against them.”

She observed, for instance that many young girls who returned from Gulf Countries are sometimes forced to go back due to the pressure their communities and immediate families mount on them.

For Ms Oppong-Yeboah, stigmatisating return migrants had an enormous impact on their lives, saying “Stigmatisation in all areas of life is bad. It makes people feel less human and also pushes them to react in ways that are deemed unacceptable.”

She said one of the best ways to manage irregular migration was for the government to create conducive environment for return migrants to thrive.

“I will encourage everyone, particularly the media and civil society organisations to take interest in educating and sensitising the public against the act of stigmatizing return migrants.”

In 2020, the International Organization for Migration (IOM) office in Ghana in collaboration with the government of Ghana launched a campaign dubbed: “LetsTalkMigration campaign.” The campaign enabled returned migrants to share their stories via radio, television and on social media.

The campaign aims to promote alternatives to irregular migration and enable youth to make informed migration decisions. It also targets families and peers as they have a direct influence on potential migrants’ decision making.

More importantly, the campaign further contributes to social cohesion between returned migrants and their communities and to challenge harmful perceptions about return.

Mr Ato Amoah is the Managing Partner and Chief Executive Officer of Migration Watch and Skilled Revolution Front, an NGO that works to reintegrate return migrants in Ghana.

“Many of these return migrants are traumatised; they have suffered different forms of abuse and need collective support of their communities,” he notes, adding “each of them has an unpleasant story to tell; they don’t need further abuse and trauma.”

He said his NGO in collaboration with the Open Society Initiative For West Africa (OSIWA) rolled out a programme in 2021 to train Ghanaian female return migrants from the Gulf countries in technical and vocational skills in order to help with their reintegration.

The project, dubbed: “Support to female migrant domestic workers’ resilience and social protection, pre and post COVID-19 pandemic,” which will run for a one-year period, is expected to benefit one hundred female returned migrants.

He said many Ghanaian female migrants in the Gulf countries were put through inhumane experiences, leading to the death of some of them while others suffered unimaginable physical injuries.

For him, there was no need for one to seek greener pastures anywhere since people could make life in Ghana with vocational and technical skills.

“The perception of greener pastures does not exist in our time for which reason, it is better and proper to engage ourselves in entrepreneurship and other technical-based vocation and practical skills to live independent lives,” Mr Amoah noted.

He said when his NGO launched the initiative, 3,000 female return migrants applied to be enrolled onto the project, saying “that tells you the magnitude of the situation and why we need systems to cater for these ones.”

Since May 2017 alone, IOM has facilitated the return of 970 Ghanaians, primarily from Libya. In terms of returns, the Brong Ahafo Region is the highest, followed by the Greater Accra, Ashanti, Western Region and the Northern region—regions most prone to irregular migration in Ghana.

According to Mr Amoah, prior to the launch of the project, when people returned from the Gulf countries, they were only given transportation fare to their various towns and communities, thus leaving nothing for the returned migrants to start a new life in their home country.

He said his NGO has started some clubs in basic schools in some parts of the country, particularly in the Bono, Bono East and Ahafo regions to educate the school children about migration—regular and irregular migration and their associated effects.

He therefore called on the media to prioritise migration reporting, saying “the media has a major stake in educating people about migration, particularly irregular migration and what it could do to the individuals involved and their families, communities and their nations.”

For instance, to help equip Ghanaian journalists and media practitioners, the Ghana Journalists Association (GJA) in partnership with the UNESCO has developed a handbook on migration reporting.

The migration reporting resource, dubbed “Handbook on Migration Reporting for Media Practitioners”, is to help journalists and media practitioners to better understand the issues of migration well so as to report on them accurately. 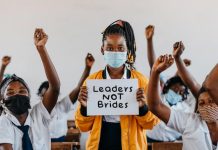 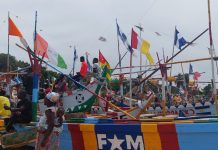 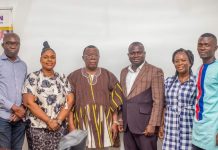