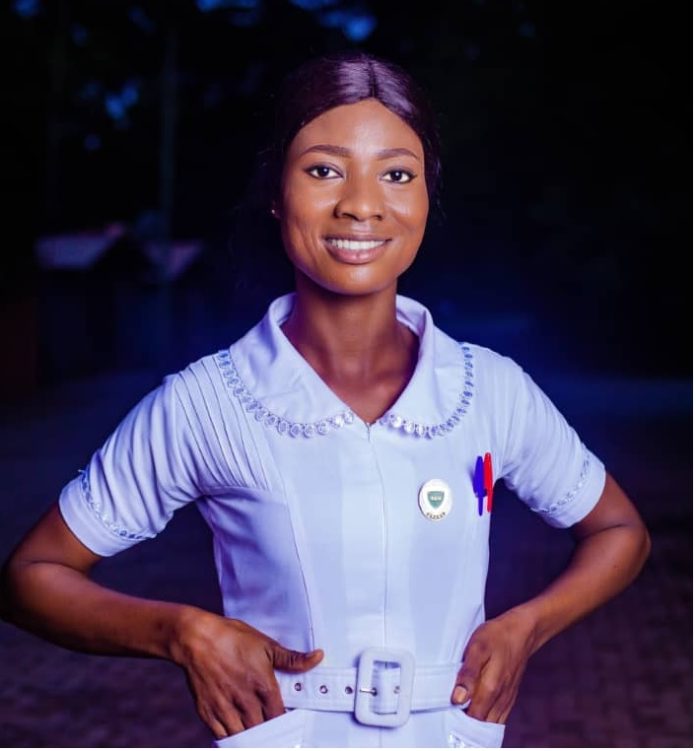 A nurse has earned the respect and praise at her place of work and on social media after a heroic act she exhibited in saving the lives of a pregnant mother and her unborn baby.

Miss Juliana Atanga, a nurse at the Baptist Medical Centre at Nalerigu in the North East region on Wednesday, July 13, saved the day when she helped delivered a woman of a bouncy baby girl by the side of the road on the Tamale-Bolgatanga highway.

Juliana Atanga, who has no skills on child delivery, was among passengers travelling from Tamale to Nalerigu when a pregnant woman went into labour during the journey.

With the help of students from the Nalerigu Nursing Training Colleague and other passengers in the car, who supported with clothes, blade, pampers, rubber bags, soap and water, Miss Atanga delivered her of a baby.

Both mother and baby are doing well after they checked at the hospital and have been discharged.

According to her, the knowledge she acquired in obstetrics and gynecology course in school and the little experience she has as a general nurse in the ward encouraged her to save the life of both mother and baby.

Narrating the incident to GBCNews, Miss Juliana Atanga said she was on her way to Nalerigu to resume work after her annual leave when the incident happened. According to her a pregnant young lady had to stop the driver of the bus on two occasions to attend to nature’s call.

She said it was during the second stop that she observed that the pregnant lady was behaving unusual and it was after she got off the bus to ensure the lady was fine that she realized she was in labour.

Miss Atanga informed the rest of the passengers and they all brought out everything they could to help her deliver the woman of her baby. 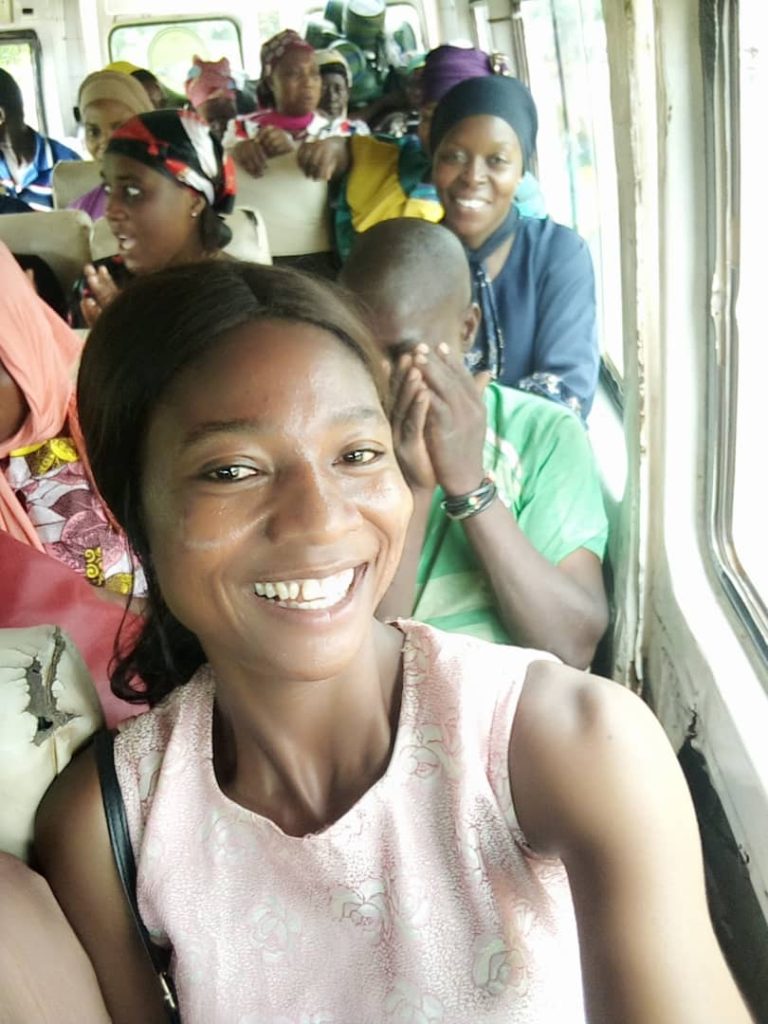 ”When I kept my fingers into her vagina, she was fully dilated and I could feel the occiput of the baby so I knew I could do it, that actually gave me the courage though it was also coming to me like what if I fail. So I re-assured the lady that she would have her baby but she needs to help me by pushing. At this point I kept one rubber under her and used the other to rub my right hand and within some few minutes she delivered a baby girl”.

According to Miss Atanga, after the baby came out, she was neither breathing nor crying and to her, that was the moment she had to focus and bring all her experiences to bare in order to save the life of the baby.

”So I instructed them to give me a rope cut from a veil and I tied the cord about 20cm so quickly I started massaging the back of the baby, I even turned the baby upside down which I once saw a midwife do it during my national service which she said it helps. I cleaned the mouth and eyes and continued to massage for about one to two minutes and the baby cried out and opened her eyes”.

Miss Atanga said though she was not a midwife, it would have been an indictment on her and her profession if she had sat aloof and something untoward had happened to the pregnant woman and her unborn babe.

She attributed her courage to her love for the noble profession. 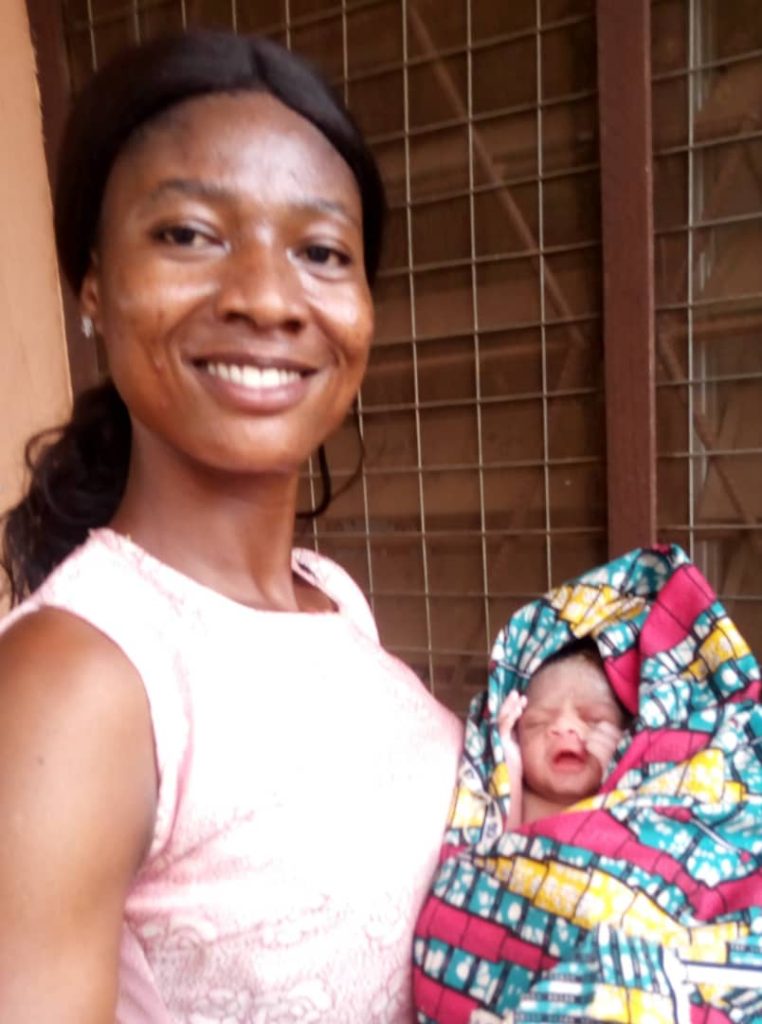 “Though I felt I could have failed and something terrible could have happened, but I was pushed by my confidence and the knowledge I have acquired from school and at my workplace and that of the presentation of the baby I felt inside the mothers vagina, and the fact that I was a staff nurse in the bus. So I did it and I am so glad”.

She advised nurses, student’s nurses and health practitioners to learn and be curious to know and do things outside their jurisdiction. She said the overall goal of a health worker is to save lives therefore it behooves all to approach the profession with prestige, nobility and dignity.

Miss Atanga, has two year working experience as a general nurse at the Baptist Medical Centre in Nalerigu. She is a beneficiary of Campaign for Female Education, CAMFED and she hopes to specialize in Public Health majoring in Maternal, Sexual and Reproductive health. November 29, 2022
By: RACHEL QUARTEY The President of the Federal Republic of Nigeria, Muhammadu Buhari has reaffirmed the commitment of his country to the Economic Community of...