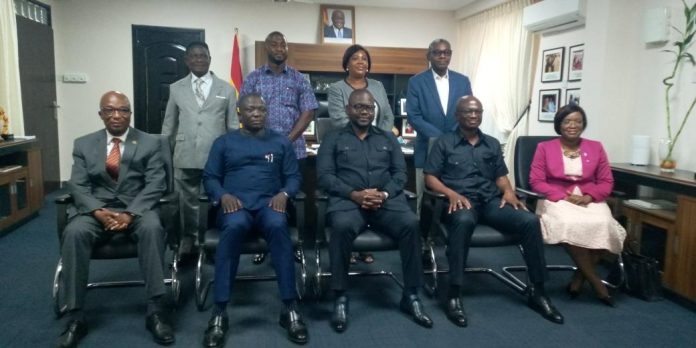 The Ministry of Works and Housing has set up an eight-member Government Building Inventory Committee to identify and recover Government buildings unlawfully taken by some individuals nationwide.

Mr Francis Asenso-Boakye, the Minister of the Sector, said some individuals for years had unlawfully taken and used Government’s buildings for homes and other purposes, while others had left some as inheritance for their families.

He said the Ministry, in the execution of its mandate in accordance with section 52 of the Public Financial Management Act 2016, had resolved to undertake an inventory of Government buildings both residential and office accommodations nationwide to recover lost ones.

“It is significant to note that, the Ministry in recent times, is losing track of Government properties that are under its supervision across the country and therefore, it has become necessary for a comprehensive inventory to be undertaken,” the Minister said.

“Among other things, it is also to capture the current state of these properties, check their integrity, and recover government properties sited across the country, which have fallen into illegal hands,” he added on Thursday.

As part of its mandate, the Committee is expected to within three months, validate the exercise and location of Government buildings, offices and residential accommodations, check their integrity and determine their functionality.

It is also to compile data on properties occupied by retired public servants who continued to live in official bungalows and/or bequeathed those properties to relations and identify the locations of the properties, their state as well as persons or institutions occupying them.

The Committee is also tasked to reconcile and prepare reports of property records and establish accountability and responsibility over the properties.

Members are also expected to liaise with Metropolitan, Municipal and District Assemblies for the conduct of the physical inventory of Government buildings to attest to the physical existence of such properties.

Mr Asenso-Boakye said: “I have no doubt that the members will carry out the assignment in accordance with the tenets of public service, and in the interest of the country”.

Mr Acheampong, the Committee’s Chairman, on behalf of the members, gave the assurance that they would work assiduously to audit and take proper inventory of Government’s assets for the State.

He said they accepted the responsibility given to them to take stock of Government’s properties to ensure their safety, as that would contribute significantly to nation building.

“We thank the Minister for the invitation to serve the State by helping to audit Government buildings and structures across the county. We accept this responsibility and we will do everything possible to work within the 90 days given to us to deliver,” he assured.