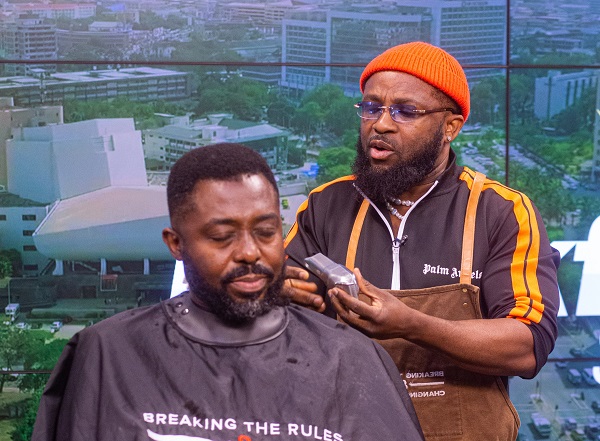 Ghana’s popular barber who is well known as the Celebrity barber, Nikky Okyere, has stated that men will start wearing wigs.

“To be honest with you, that’s the next thing that is gonna take over. Yes, even women can wear wigs, then we can also wear wigs,” he stated on the GTV breakfast show on Tuesday, June 28.

He, however, added that men wear wigs to feel confident when they lose their hair.

“Believe me confidence is the next thing for men when they are losing their hair. They kind of like lose everything,” he noted.

According to him, even though baldness has become a trend, it doesn’t suit everybody.

“Yeah and so the baldness will suit people but there’s a kind of look that you wanna carry to have baldness. You either have a beard or you’re muscular or you are tall, then baldness will fall, which will make everything fall in place. But if not, then it’s hard to be bald. Like me now, baldness, no beard. Come on, you’ve lost everything. Like no six backs, no beard, aww you’ve lost it. The girls wouldn’t look at you at all. Anyway, it’s not because of the boys but you know, I am talking about image,” he added.

Cedi loses ground against US dollar, 2 others