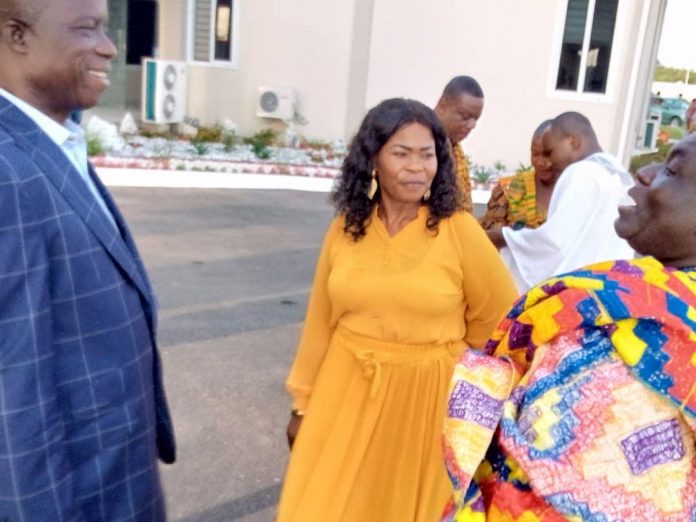 A member of the Council of State, Ms  Eunice Jacqueline Buah, says real development may be an illusion if traditional leadership continues to stay fragmented in the Western Region.

She noted that traditional leadership had always driven development as owners of the land and any of such actions, contributed significantly to the lack of development, which she said the region was currently witnessing, despite the many resources, it was blessed with.

She argued that without unity, particularly among the Western Regional House of Chiefs, development would definitely elude the Region.

Ms Buah said this on the sidelines of Council of State meeting with traditional leaders at the Nzema Manle Complex at Azuleloanu in the Ellembelle District.

She said, “The region needs peace else, the development we desire will not come. We need a united front to forge  ahead  in  this  era  of  our policy  planning and  agenda  setting  for  our development and future aspirations.”

She argued; “Peace, unity, and our common sense of purpose  will become the fulcrum to drive our aspirations, concerns about our Region is what has brought  the Council here today.”

Ms Buah, therefore, appealed to the chiefs and members of the Regional House of Chiefs to listen to the various pleas and interventions for a peaceful and amicable solution to the ‘feuds’  in the House.

She told the journalists that the Region required good leadership and a united front and believed that the experience of Nana Otuo Siriboe II, Chairman of the Council of State,  in chieftaincy and diplomacy, would help resolve matters in the House.

“The change will come, but,  our leaders need to rethink their position in the House and allow peace to prevail. The roads need to be done, our people need jobs, but whom do you liaise with among traditional leadership to get these things done,” Ms Buah stated.

Another Council member, Ogyeahoho Yaw Gyebi  III,  was saddened by the turn of events at WHRC, stating “I am surprised at what is happening…I was the President of the House until the creation of the Western North…how come the election of a successor should even end in the law court”.

He pledged the commitment of the Council to use all avenues to ensure that parties came into a compromise.

Ogyeahoho stressed, “There are too many development issues to worry about,  we need unity and oneness to handle them and not division..see how our roads are overwhelmed by floods each time it rains we need to unite for development.”

Ms. Alberta Cudjoe, affirmed the need for peace among traditional  leadership,  assuring that, “I believe as a mother, when I call on them together with my sister Jacqueline Buah, we will have a permanent solution to this problem.”

The Juaben Omanhene, Nana Otuo Siriboe II, and Chairman of the Council of State, said there was no glory in protracted litigation and called for dialogue among the feuding parties.

The Minister for Chieftaincy and Religious Affairs, Mr. Ebenzer Kojo Kum, complained about the worrying disputes and appealed to the Council to intervene to find a lasting solution.

“I was thinking that as an indigene of the Western Region and a Minister in charge of the sector, such misunderstanding should not come from my Region…” and appealed to the Council of State, to engage them for settlement to aid in development.”

It is recalled that the election of the President of the Regional House of Chiefs on October 6, 2020, sparked some internal disagreement after a party refused to accept the election of Tetrete Okuamoa Sekyim II, Omanhene of Wassa Amenfi,  as against that of  Awulae Amihere Kpanyile of Eastern  Nzema.