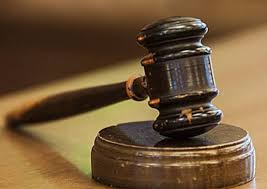 Abdulai Maman, a landlord, has been sentenced for renting out his building without a toilet facility to tenants.

Maman pleaded guilty with an explanation that he gave a mason some amount of money to construct a toilet for him, but he ran away to Accra.

The court presided over by Madam Edith Lucy Dzormeku said the convict’s explanation could not exonerate him from the charge.

He is fined 100 penalty units (GH¢1,200) and also to pay GH¢500 to the Hohoe Municipal Assembly as compensation or serve six months in prison in default of payment.

The Prosecutor, Mr. Frank Azila-Gbettor, reading the facts of the case to the Court, said the convict was a house owner and rented it to five tenants.

According to him, on December 1, 2019, Environmental Health Officers on a house to house inspection entered the convict’s home.
The Prosecutor said the officers detected there was no toilet facility.

The convict, Mr. Azila-Gbettor said was invited through his tenants to report to the Environmental Health Office for education to construct a toilet facility for the house.

On June 7, last year, the officers went back to the convict’s house, but the toilet was not constructed.

The Prosecutor told the court that officers visited the convict’s house many times, adding that “the last visit to the house to see if the toilet has finally been constructed was on June 22, 2021”.

He said the convict’s actions showed he deliberately refused to comply with the advice and education given him to construct a household toilet to prevent possible open defecation by tenants.

Death toll in Church of Prosperity building collapse rises to 14