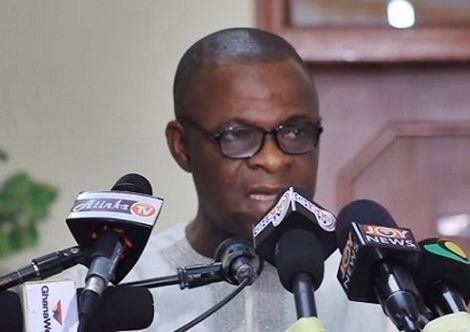 A former Director General of the Criminal Investigations Department (CID) of the Ghana Police Service, Commissioner of Police (COP) Mr. Bright Oduro (retd), has advised the newly appointed acting Inspector General of Police (IGP) to fully deploy the services of other commissioners for effective administration.

While congratulating 51-year-old Dr George Akuffo Dampare for his elevation, Mr Oduro said the office of the IGP was a very difficult one with a lot of interferences.

He said by making use of all commissioners, it would prevent a lot of interference, particularly, in the areas of enlistment, transfer and promotion.

Mr Oduro is one of two security analysts who shared their views with the Daily Graphic on the appointment of Dr Dampare.

The other analyst, Dr Festus Kofi Aubyn, the Head of Research and Capacity Building at the West Africa Network for Peacebuilding (WANEP), welcomed the appointment of Dr Dampare and described it as “an excellent choice.”

He expressed confidence that Dr Dampare would deliver given his “rich academic background” and the experience he had garnered after spending 31 years in the service.

Throwing more light on the appointment of his former colleague, Mr Oduro said Dr Dampare was the most senior Commissioner of Police followed by COP Mr Christian Tetteh Yohonu and Mr Nathan Kofi Boakye as number three in line.

He said judging by seniority which usually was not always the case in selecting the IGP, out of the first three, anyone of them could have been the IGP.

Mr Oduro explained that the acting IGP had held many key leadership positions in the service, which put him in pole position to exert the utmost influence and management skills on the service.

COP Oduro lamented that for the past 10 years or so, IGPs had held the position for short periods, some of them for just two years. In the case of John Kudalor, he spent only one year and three months in office, from November 2015 to February 2017.

He said Dr Dampare had been a very firm and disciplined officer and that was expected to tell on his new position.

The former CID boss was optimistic that being the youngest acting IGP in the Fourth Republic, Dr Dampare would work very hard to change the fortunes of the Ghana Police Service.

On the challenges ahead, Mr Oduro said currently, crime had been on the ascendency.

For that reason, efforts must be made to confront crime with all seriousness.

For his part, Dr Aubyn said given the “rich academic background” and experience of the acting IGP, there was no doubt that he would excel.

He, however, expressed concern over “external interference and the legal framework” surrounding the work of the police, which allowed for “total executive control.”

In that context, he feared that in spite of the professional and technical capabilities of the new acting IGP, such institutionalized interferences could be a hurdle for his administration.

He urged Dr Dampare to find innovative ways to deal with such interferences, otherwise his administration would be the same as his predecessors’.

Nevertheless, Dr Aubyn said of the appointment: “It is a very excellent choice. If you look at his background, academic qualification, you can say that it is a very good choice. Looking at the current challenges facing the police, he brings on board close to 30 years of experience and he is an all-round person, having served in different capacities.”

Dr Aubyn further urged the acting IGP to priorities capacity building of personnel and work to restore public confidence to help reduce the involvement of the military in internal operations that were supposed to be the sole mandate of the police.

He also advised him to collaborate with and take inputs from non-state actors, including the media and civil society organizations, especially, on matters that border on the performance of the police.

“There are a lot of pressing issues in the police that he (COP Dampare) must pay attention to. The issues include welfare, discipline, recruitment systems, and adapting to the changing crime environment within the country. There has been some dynamics which the police over the years has not been able to adapt very well,” he said.

Dr Dampare has served in many leadership capacities in the Ghana Police Service, including Director-General, Finance under two Inspector Generals of Police, Mr Paul Tawiah Quaye and Mr Mohammed Alhassan.

In 2013, Dr Dampare led a team of officers, working day and night, to restructure the Armored Car Squadron (ACS) Unit into the Formed Police Unit (FPU) within a record time of 10 weeks which helped the service to resolve a task that had looked impossible for over 15 years. 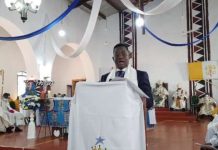