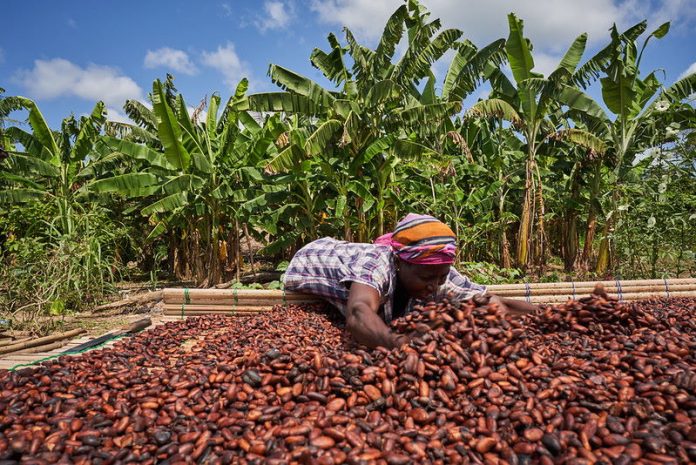 SEND GHANA, a subsidiary of SEND Foundation of West Africa, has applauded the Ghana Cocoa Board (COCOBOD) for taking proactive steps to implement digitised weighing scales for dried cocoa beans at the point of sale, beginning October 1, 2021.

The Organisation said the move, which was meant to eradicate fraudulent practices by purchasing clerks (PCs), popularly known as Kookoo Krakye at the point of sale, is seen as a significant step forward for Ghana’s cocoa sector, considering its potential positive impact on the incomes of cocoa farmers.

Dr. Emmanuel Ayifah, Deputy Country Director, SEND GHANA, in a press release copied to the Ghana News Agency (GNA) disclosed that the Organisation had keenly followed COCOBOD’s efforts to ensure cocoa farmers earn a decent income, including; the introduction and passage of the use of non-adjustable weighing scales to aid farmers in realising expected income from the sale of their cocoa beans.

“A study commissioned by SEND GHANA in 2019 drew their attention to the ongoing adjustment of manual weighing scales by PCs, which adversely impacts the income of cocoa farmers.”

“According to the report, titled “Assessing farm gate pricing and income of cocoa farmers: A case study of cocoa farmers in the Agona East District,” up to 11 kilograms of dried cocoa beans were being ‘stolen’ from farmers during weighing.”

He said the fraudulent act was also identified in COCOBOD monitoring findings and said the reports formed the basis for renewed calls and advocacy for the regulator (COCOBOD) to prioritise phasing out manual weighing scales and introducing electronic scales to check the illegal adjustments.

“The recent announcement of the arrival and distribution of 40,000 tamper-proof electronic sealable weighing scales to Licensed Buying Companies (LBCs) in fulfillment of the COCOBOD’s commitment to resolve the long-standing threat of fraudulent weighing scale adjustments came to SEND as good news.”

He said while they commended the COCOBOD on the milestone, they wished to highlight the need for consistent monitoring and follow-ups to ascertain the rate of usage for these new scales by LBCs and their PCs.

Dr Ayifah said intensive awareness-raising must be done at the farmer level to ensure that all farmers were informed about the electronic scales and demand their usage at points of sale.

“To this end, we call on all actors engaging with cocoa farmers, including the Ghana Civil-Society Cocoa Platform and other civil society organisations (CSOs), to sensitise farmers on the digital scales and build their confidence to insist on their usage.”

He said the CSOs should consider undertaking monitoring on the usage of the new scales to complement the work of the COCOBOD.

The Deputy Country Director said the vigilance of all COCOBOD field staff and cocoa farmers themselves would play a crucial role in making sure that PCs complied with the new directive with electronic weighing scales only, and punitive measures be applied to defaulting LBCs.

“We believe this move will help eliminate cheating tendencies and ensure the payment of exact producer prices to our hardworking cocoa farmers.”

“It will also help farmers fully realise and appreciate the Living Income Differential as they witness a substantial boom in their farm gate prices.”