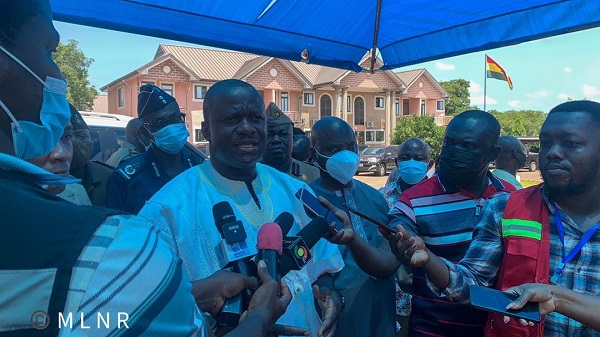 Gold in commercial quantity has been discovered at Nakruma in the North East Region.

Minister of Lands and Natural Resources, Samuel Abu Jinapor, who disclosed this said the commercial volume is yet to be ascertained.

Speaking to journalists after a meeting with the North East Regional Security Council, Mr Jinapor said some foreign nationals who are involved in illegal mining there have already been flashed out from the gold deposit site.

He said government is taking proactive steps to secure the deposit and also to protect the white and black voltas from pollution by illegal miners as has happened in other areas.

He said the initial assumption that gold is found in the southern part of Ghana has changed.

He noted that deforestation is another issue that came up strongly by the security chiefs and has directed the Regional Security Council to take charge and flash out those behind it.

Mr Jinapor said government is taking proactive steps to properly manage the Mineral deposits being discovered in the Northern parts of Ghana to avoid some of the problems been experienced in other parts of the country where gold is being mined.

Curfew in Kaduna State after death of kidnapped chief