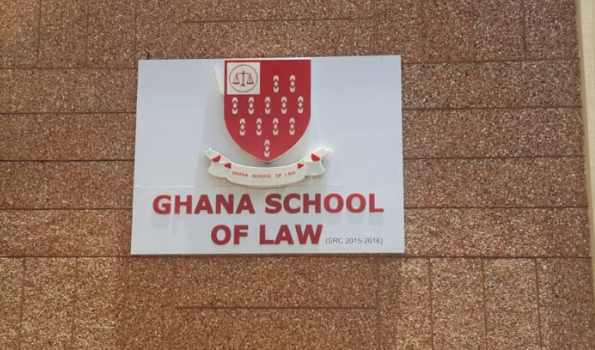 The 499 aggrieved Candidates who passed the 2021 Entrance Examinations, but were denied admission into the Ghana School of Law, say they remain resolute in seeking redress to their grievances and will not hesitate to head to court to be granted their Constitutional rights.

Addressing a News Conference in Accra, a leader of the group, Tony Baah said they have been treated unfairly by the unjustified denial to be admitted into the Law School after obtaining the pass mark. He said the group will refuse any option of being granted automatic admission in 2022.

Mr. Baah said per the requirement, a candidate must obtain 50 % to be offered admission. He said after incessant demands on the Independent Examination Committee and the General Legal Council, to publish results of all candidates who took part in the Examinations, it was revealed that 1,289 actually passed and qualified for admission into the Ghana Law School. The aggrieved candidates claim that some of them obtained higher marks than the 790 who have been offered admission. This he described as a ”traversy of justice”.

They appealed to President Akufo-Addo, Chief Justice Kwasi Anin Yeboah, Speaker of Parliament, and other stakeholders to intervene in the injustice meted out to them.

The group will join a demonstration by the National Association of Law Students on Wednesday, October 20, 2021, to protest what they termed, ”injustices at the Law School”, and also demand reforms in the legal education regime.