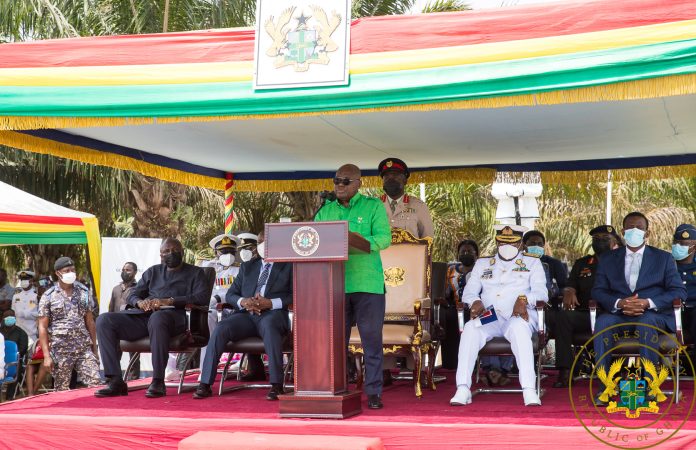 The President, Nana Addo Dankwa Akufo-Addo has commissioned four Naval Patrol Vessels to provide security and other support to Oil and Gas activities in Ghana’s maritime domain. The event was held at the Sekondi Naval Base from where Marie Aziz Tunde reports that the Gulf of Guinea, according to the International Maritime Bureau, IMB accounted for 43% of all reported piracy incidents in the first quarter of 2021. 33 vessels were boarded, two attempted attacks, two vessels were fired upon and one vessel was hijacked. Also, 40 crew members were kidnapped leading to one death in the same period. 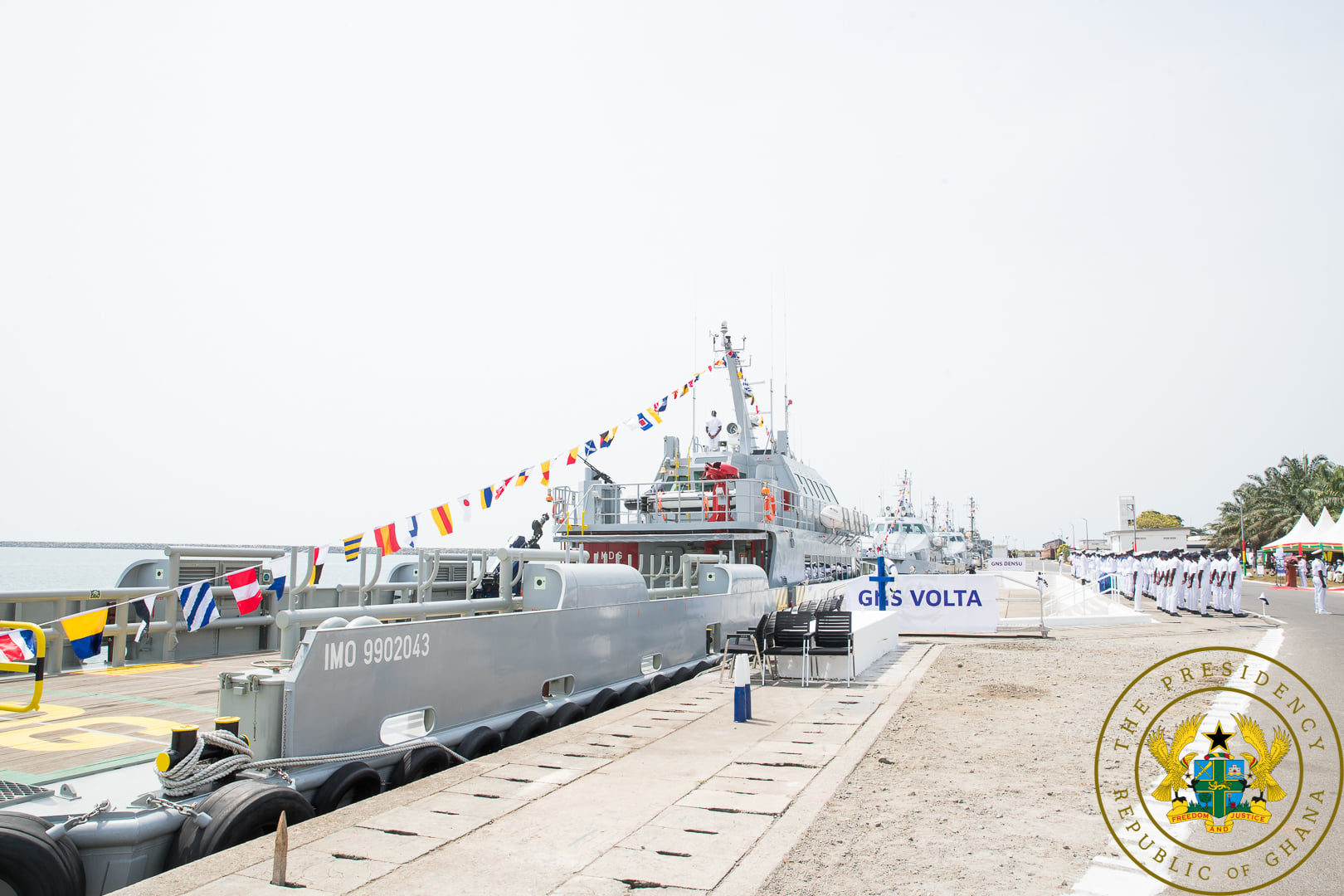 Government, as part of efforts to provide effective security to the offshore Oil and Gas infrastructure, granted the Ministry of Defence and the Ghana Navy to enter into a lease agreement with the Israeli Shipyard Limited for the lease of the security vessels. The new vessels will replace the previous arrangement of using private security vessels manned by naval personnel in providing security services. The four offshore security vessels are classified as River Class Vessels and christened GNS Volta, GNS Densu, GNS Ankobra and GNS Pra. 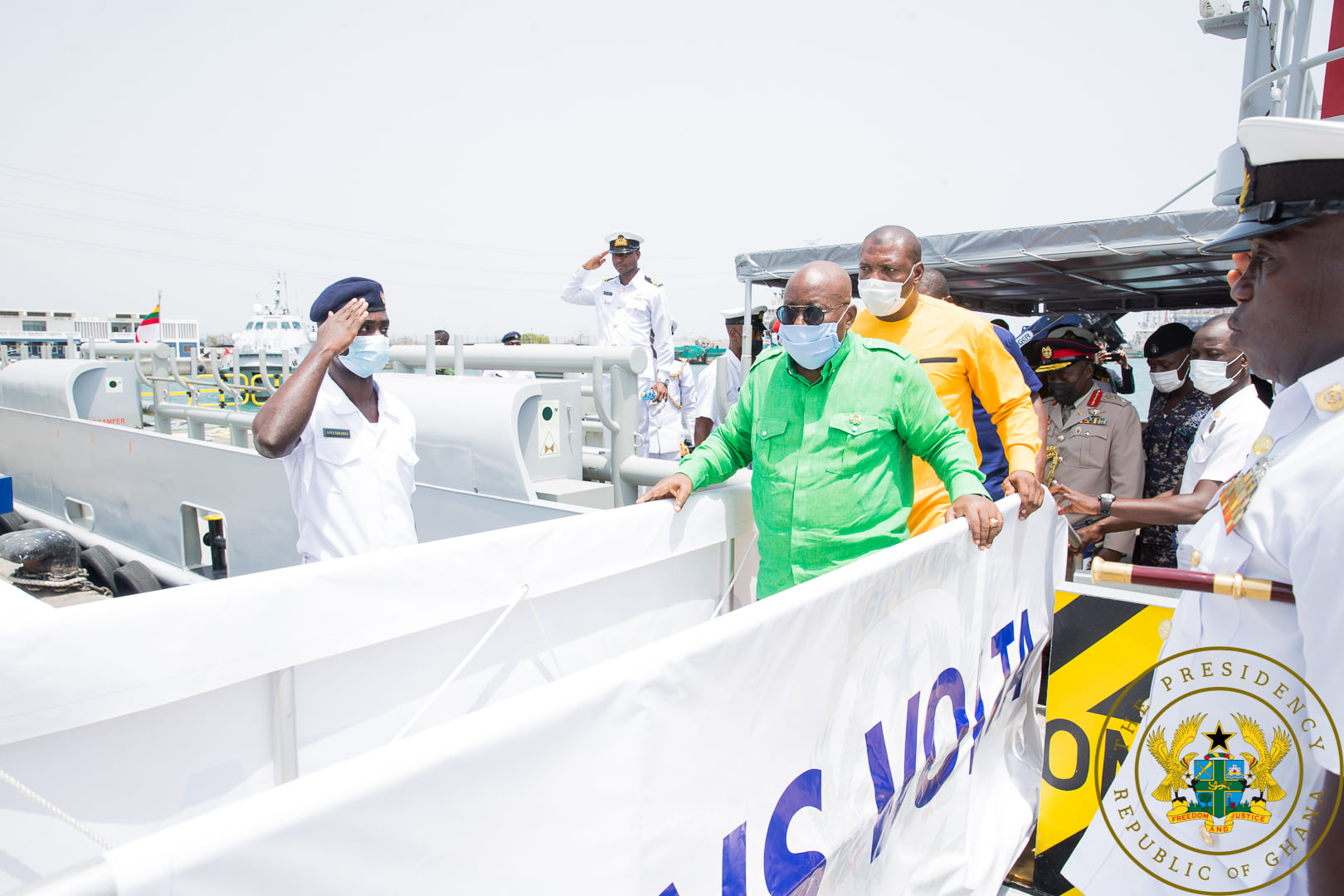 President Akufo-Addo said the security threat around the world, particularly maritime insecurity in the Gulf of Guinea makes it imperative for the rebooting equipping of the Ghana Navy to protect the country’s territorial waters. According to him, illegal, unregulated and unreported fishing and piracy among others have become a major concern which calls for deliberate policy of investment in the Ghana Armed Forces to be able to protect the country’s maritime resources and its people. 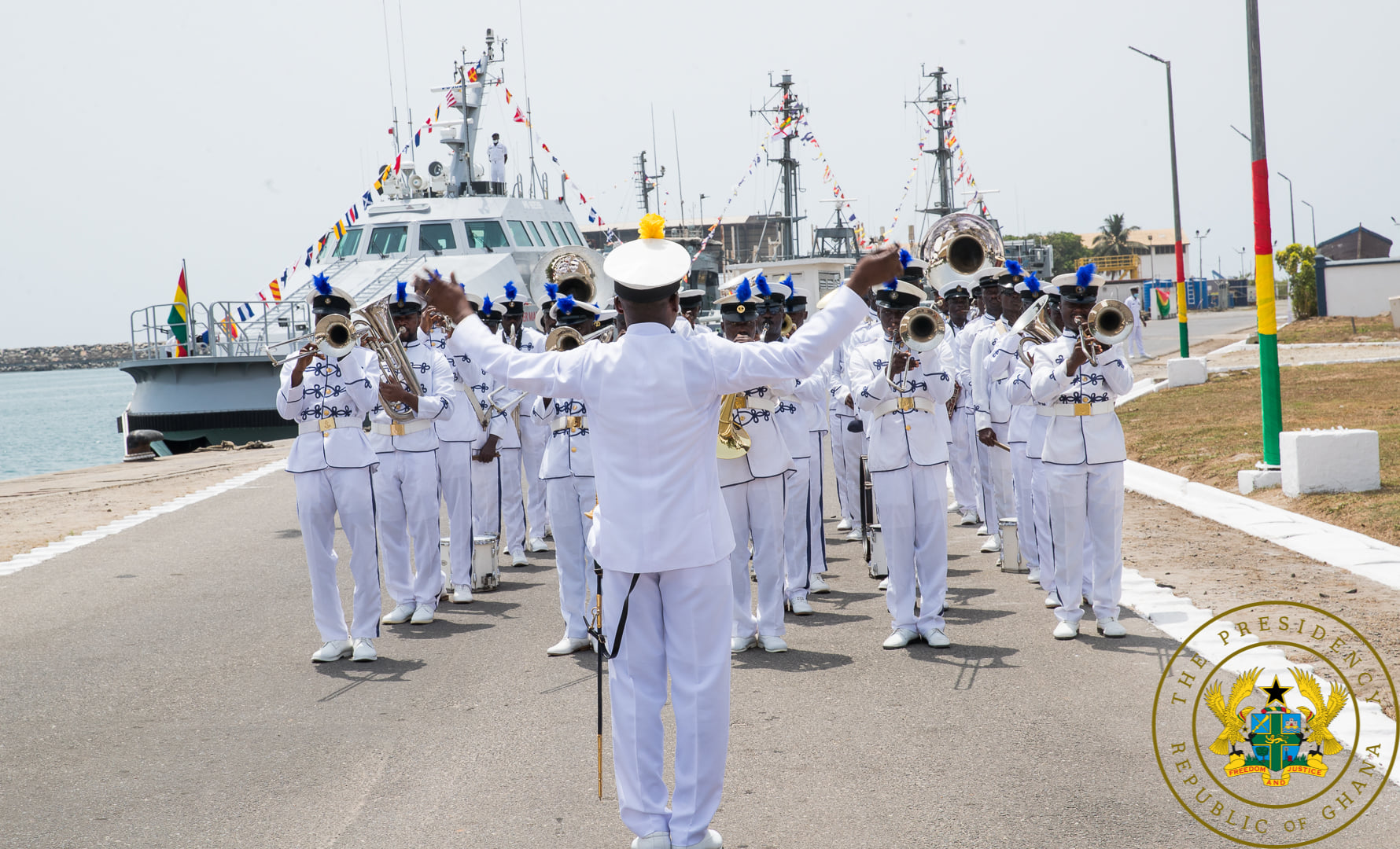 The President further indicated that the establishment of forward operating basis in the northern parameters of Ghana and in the Western Region are all aimed at checking violent extremism and terrorism which are rife in the Sahel Region from spreading to other countries. He said government is in the process of acquiring fighter jets and other logistics for the Ghana Armed Forces.

The Minister of Defence, Mr. Dominic Nutiwul appealed to Ghanaians to support proposals which seek to retool the military. 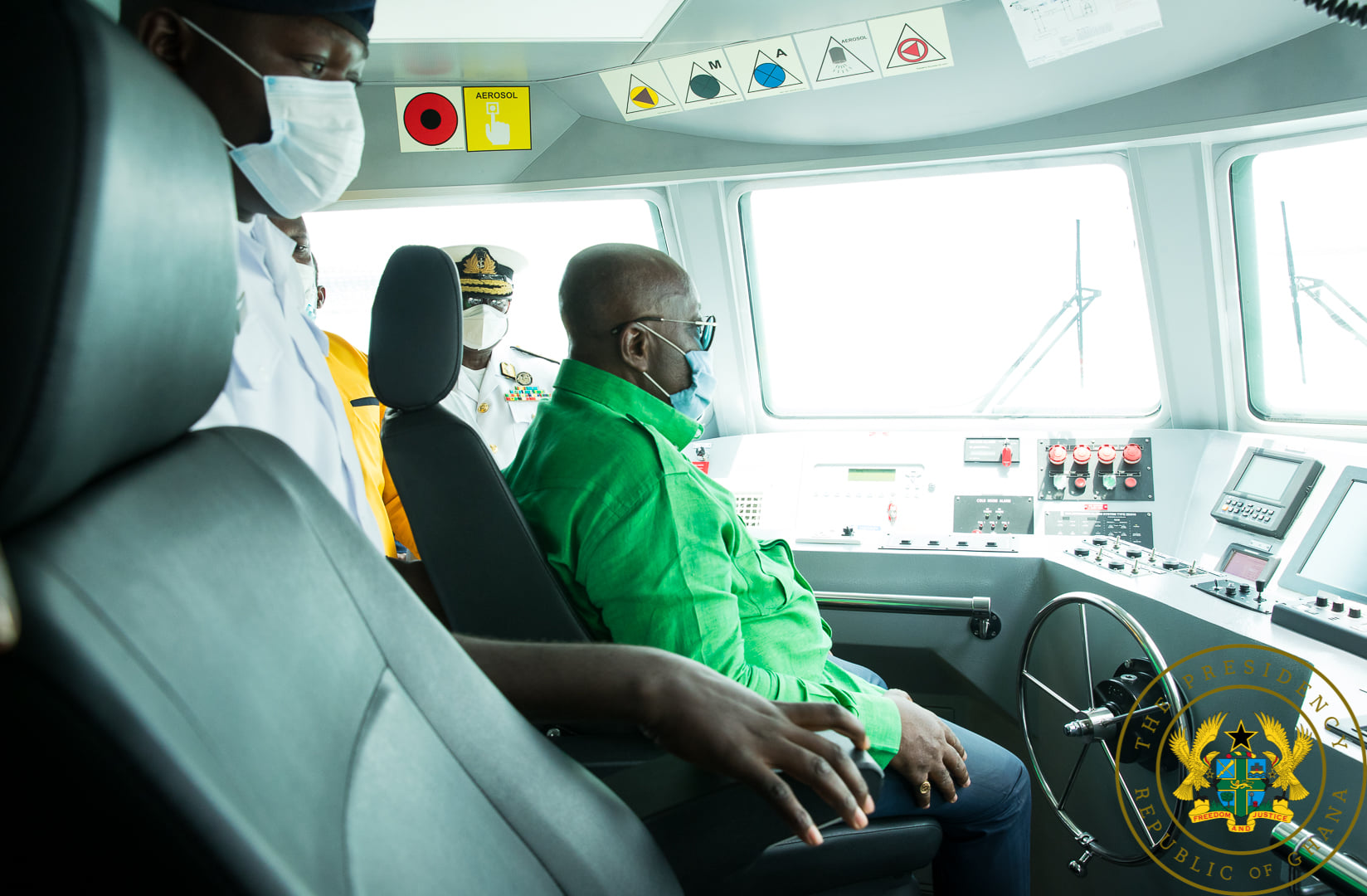 Financing for the project was through the GCB Bank PLC. The Managing Director, Mr. Kofi Adomako called for collaboration among banks to handle transactions which greatly impact national development.

Consider Wassa Amenfi as part of the Western North region –...