Scores are feared dead as reports trickle in about an explosion at Apiate, a suburb of Bogoso, in the Western Region.

Rescue efforts are underway to save lives. Scores of people are feared dead in an explosion that occurred at Apeatse between Bogoso and Bawdie in the Western Region January 20, 2022. 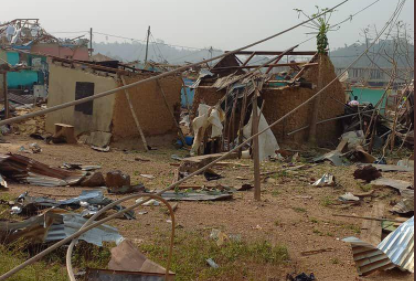 According to Police, preliminary investigations have established that a vehicle transporting mining explosives from Tarkwa to Chirano mines collided with a motorcycle resulting in the explosion. Most of the victims have been rescued and are on admission at various hospitals and clinics within the Bogoso Municipality.

The Police say reinforcement of resources and personnel have been dispatched to the area to assist in the handling of the incident and urged the public to remain calm as the situation is managed.

The Police further assure that updates regarding the emergency evacuation of the injured will be communicated in due course.

Harry and Meghan: Prince arrives in Canada ahead of new chapter