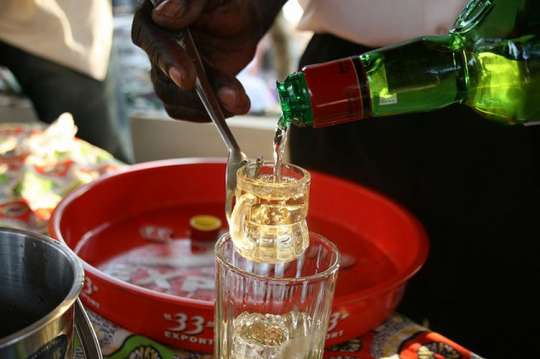 The Kwabre-East District Security Committee (DISEC) has placed an indefinite ban on drinking spots at Ntonso-Aboaso.

The decision is a precautionary measure to forestall further disturbances after two youth groups in the area clashed on Monday, July 05.

“We have warned operators of drinking spots to stop work until all outstanding issues have been dealt with,” Nana Assibey Bonsu, the District Chief Executive (DCE) and DISEC Chairman, told the Ghana News Agency (GNA).

He cautioned of dire consequences for those who flouted the DISEC’s directive, saying the authorities were on course to maintaining law and order for peace to prevail in the area.

The Ashanti Regional Police Command says five persons had been arrested for their involvement in the disturbances.

The other two persons, according to the police, had been cautioned and granted police enquiry bail.

The skirmishes, said to have been sparked by tension between the groups in the kente-weaving community, resulted in the damage to property, with minor injuries to some members of the feuding factions.

Vehicles were smashed and some shops vandalized in the heat of the confrontation, which necessitated a police reinforcement to maintain law and order.

The GNA gathered that there had been an uneasy calm amongst some youth groups in the area recently, a development which reportedly led to the confrontation.

Parliament will not pursue case against ‘proposed chamber’ protesters