A final year student of Three Town Senior High School (SHS) at Hedranawo in the Ketu South Municipality has stabbed his teacher with a sharp object on campus. 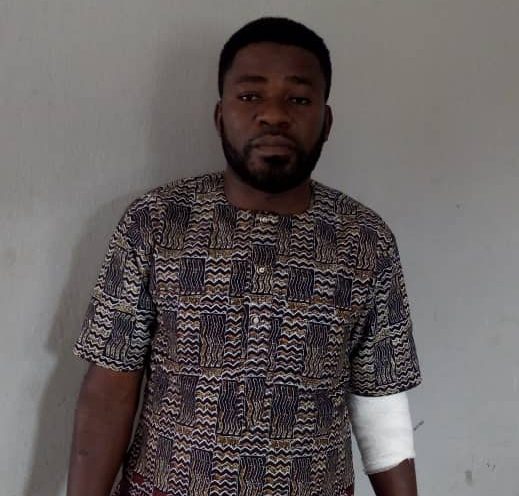 The suspect, Akakpo Gilbert also known as Aminu aged 19 is reported to have aimed for the stomach of the teacher; however, the swift use of the arm by the teacher to block the cutter (the sharp object used by artists), led to the deep cut on his arm.

According to facts as presented at Aflao Circuit Court on Thursday, he was charged with the offence of causing harm under section 69 of Act 29/60.

Prosecuting, Chief Inspector, Bob Wuda, told the court that Mr Cephas Afornu, Senior House Master of the School reported the incident to the Denu District Police station around 1330 hours on Wednesday that the accused earlier in the day slashed the victim with a cutter on his left upper arm.

He said the complainant added that the victim sustained a deep cut on the arm and was rushed to Ketu South Municipal Hospital for treatment.

Chief Inspector Wuda said the Police visited the victim at the hospital and found him in stable condition undergoing a surgical operation.

The prosecution said the father of the accused later brought him to the Police the same day to help in the investigation, leading to him being processed for court on Thursday, August 12.

The Circuit Court, Tokor presided over by Mr Joseph Ofosu Behome, granted the accused bail in the sum of GH¢30,000.00 with two sureties.

The Court took into consideration the fact that he would be starting his final examination on Monday, August 16.

But as of Friday, August 13, 2021, the suspect is still in police custody because the family couldn’t meet bail conditions on Thursday.

Meanwhile, the Old Students Association of the School is expected to hold an emergency meeting on Saturday, August 14, 2021, to discuss and “draw the roadmap to curb the gross indiscipline on the school”.

A statement issued by the Secretary, Aluwoe Alexander on behalf of the President of the Association, Ali Anebi-Issah, want them to meet to “find a lasting solution the cancer of indiscipline ruining our Alma Mata”.

Before the incident, the teacher who was teaching in the computer lab heard some noise behind the facility. He went out there to find the suspect, Akakpo, bullying first-year students.

The teacher then intervened to stop the bullying. This did not go down well with Akakpo.

As the teacher tried to retreat, the student took out a cutter to stab the teacher in the stomach. The teacher blocked the attack with his hand, thereby sustaining a deep cut in his left upper arm. 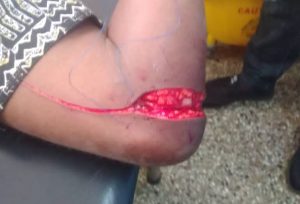 Some senior management of Three Town SHS were alerted. The teacher was rushed to the Ketu South Municipal Hospital for treatment. The Senior House Master, Cephas Afornu, reported the incident to the Denu Police Station at about 1:50 pm the same day, leading to his arrest.

The Denu Police Commander, ASP Nakoja confirmed the incident and said the crime scene has been visited as well as the victim at the hospital and he was undergoing a surgical operation at the time of the visit.

War Against False Prophets & Its Implications

Parts of Accra to go off national grid for 7 hours...