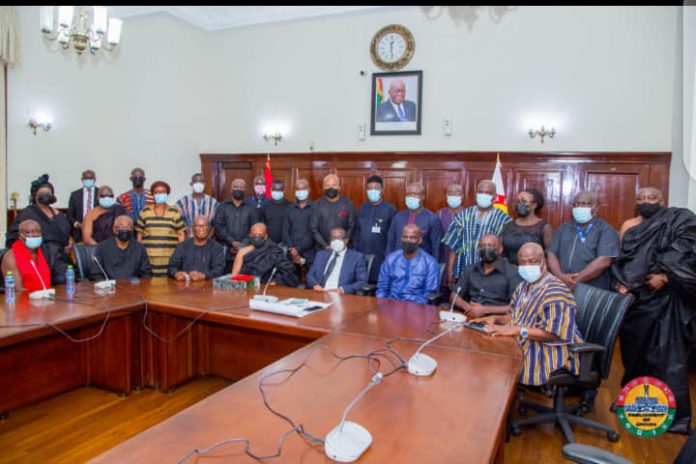 A delegation of Okudzeto and Allied families has called on the Speaker of Parliament, A.S.K. Bagbin, and leadership of Parliament to officially announce the funeral arrangements of the late Theophilus Brown Kisseh Okudzeto, father of the North Tongu MP. 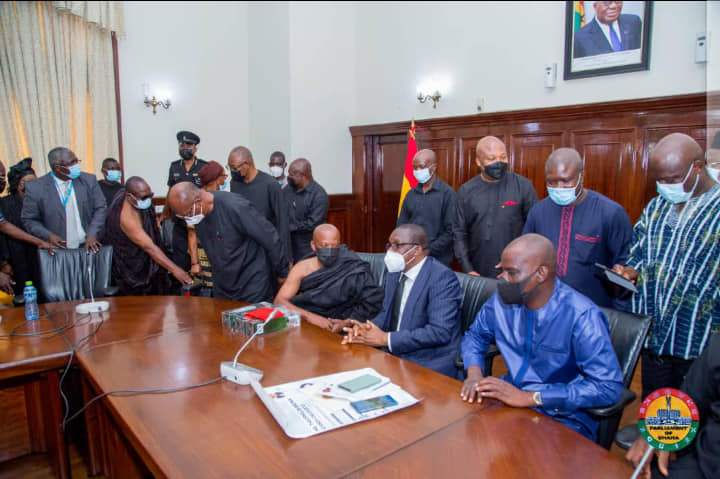 The delegation was led by His Royal Highness Togbega Patamia Dzekley VII, Paramount Chief of Battor Traditional Area, who is also the Vice President of the Volta Regional House of Chiefs, and Member of the National House of Chiefs.
This was contained in a statement issued and signed by Mornyuie Kennedy, North Tongu NDC Communications Officer. 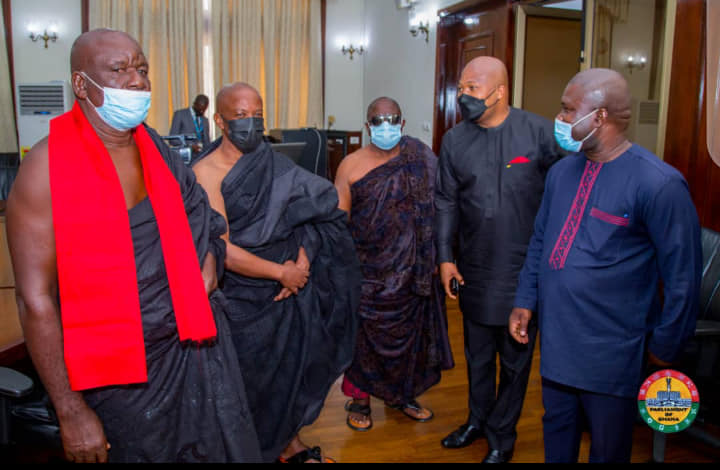 The leader of the delegation used the opportunity to invite the Speaker and leadership of Parliament to Battor on Saturday, August 14, 2021, to mourn with them.
In extending Parliament’s condolences to the bereaved families, the Speaker of Parliament described the son of the deceased, Samuel Okudzeto Ablakwa, as an “arrowhead” of parliament whilst the leader of the Minority Caucus also described the North Tongu MP as one of his “best arsenals” in parliament. 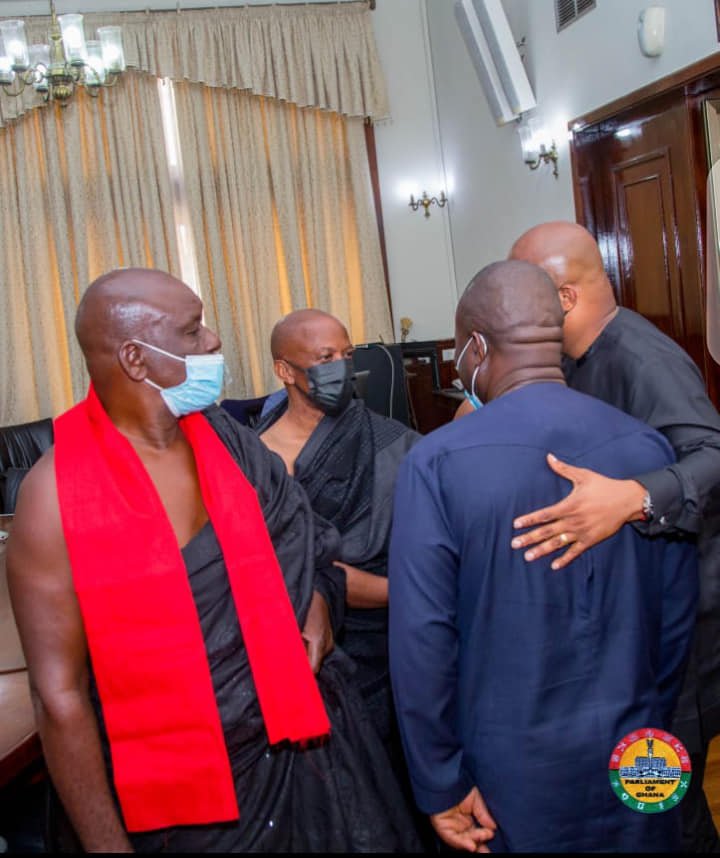 Present were the leadership of the Volta NDC and Minority MPs Caucus in Parliament led by Haruna Iddrisu and the NDC Volta Regional Secretary, James Gunu.
Hundreds of both sitting and past MPs, former NDC Ministers of State, thousands of NDC sympathisers, and representatives from other political parties are expected to attend the funeral.
Story filed by Edzorna Francis Mensah.

Suez Canal: Ever Given container ship shifted from shoreline

Every newborn child in Ghana to get Ghana card number –...