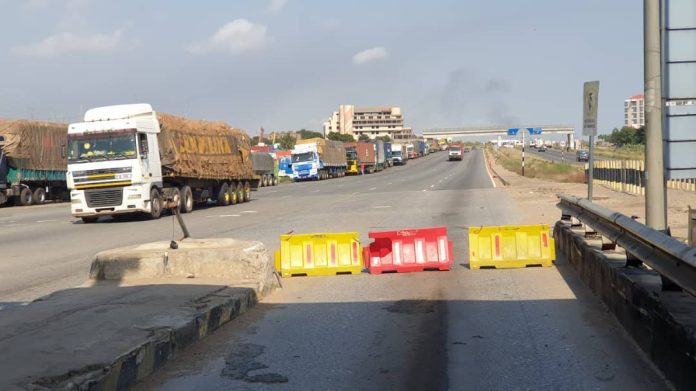 The Police stationed at the Accra-Tema Motorway have taken steps to tackle speeding at the Toll Booth, since the collection was halted.

These include blocking one of the pathways to the booths. Meanwhile, some Motorists around the Accra Tema Motorway have cast doubts on the feasibility of reassigning toll collectors following the abolishing of Road Tolls. They have raised concerns that the Toll Collectors who are largely persons with disabilities are in danger of losing their jobs.

Our reporter Nathaniel Nartey visited the Accra Tema Motorway barely a week after the Speaker of Parliament directed the Minister of Roads and Highways to reverse an order for toll collection to cease, and reports that, speeding appears to be the order of the day, as drivers no longer have to slow down at the collection points to pay Toll. 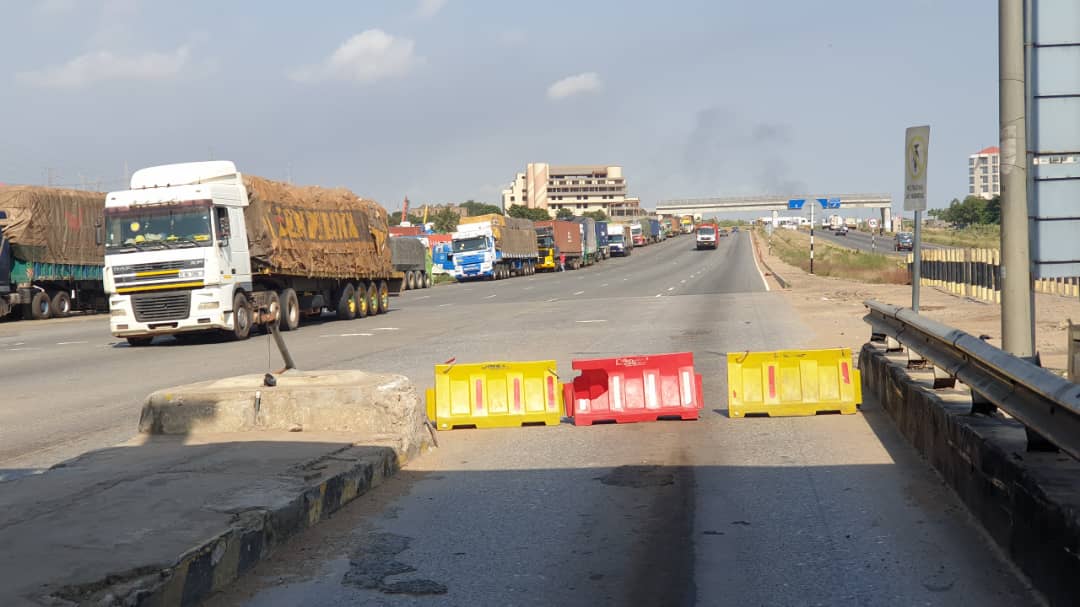 For this reason the Police stationed at the booth have blocked one of the seven pathways to the booths in an attempt to compel the drivers to slow down.

GBC News spoke to a pedestrian who appealed to drivers to slow down when they got to the booths in order to save lives and property.

GBC News can confirm that the booths are still empty barely a week after the Speaker of Parliament directed the Roads Minister to reverse his decision for the collection of Road Tolls to cease.

Traders and hawkers who in time past crowded the area around the Toll Booths were absent with some motorists around. One of the motorists raised concerns with the move to reassign the Toll Collectors.

It is unclear how long the Police will be stationed at these Toll Booths since the collection of Road Tolls was cancelled. 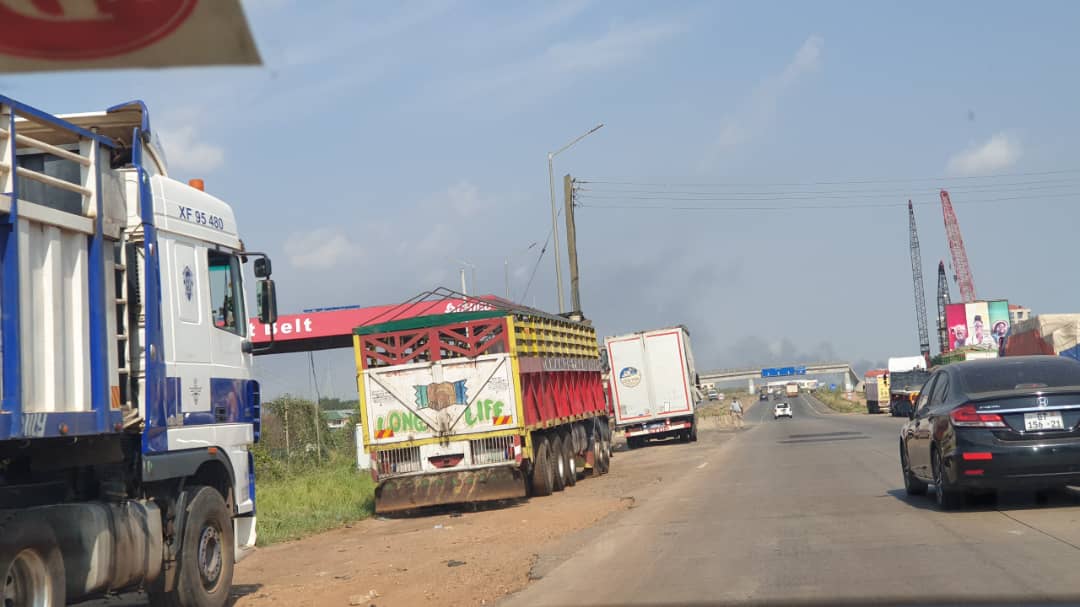 Indiscriminate parking of Heavy Duty Trucks.
Meanwhile, the Accra-Tema Motorway is slowly being populated with cargo trucks which are parked indiscriminately on the shoulders of the road.
These trucks pose a danger to drivers and motorists. 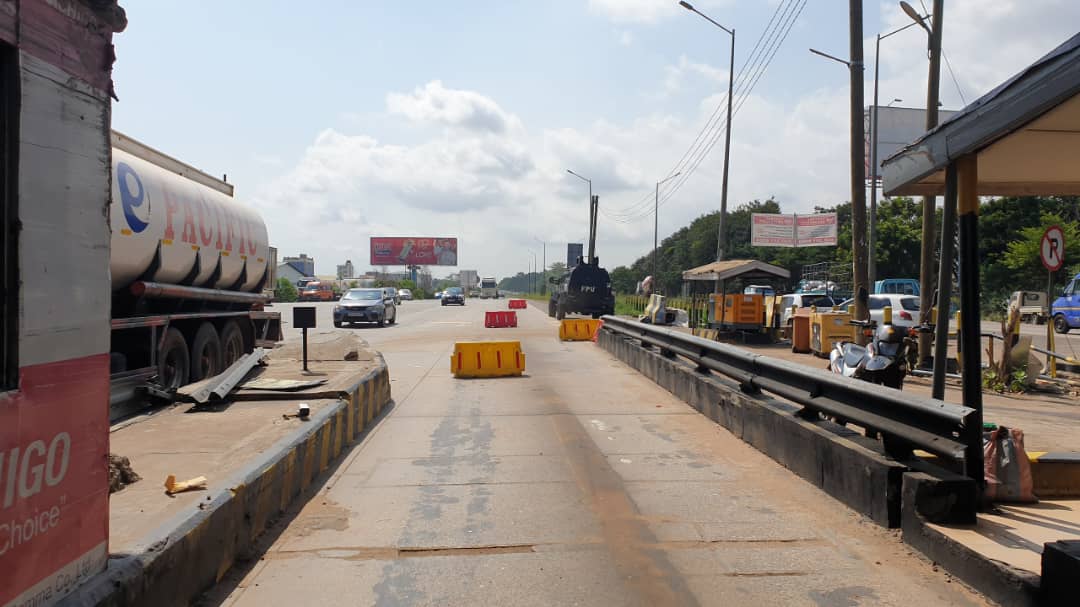 GBC News chanced upon a Truck Driver who was arrested and instructed to park on the shoulder of the road close to the Toll Booth at the Tema end of the Motorway.
The Driver told GBC News, his license had been seized by the Police, but he was unsure why he had been arrested.

One of the police officers explained that the truck does not have a spare tyre, reason for the arrest