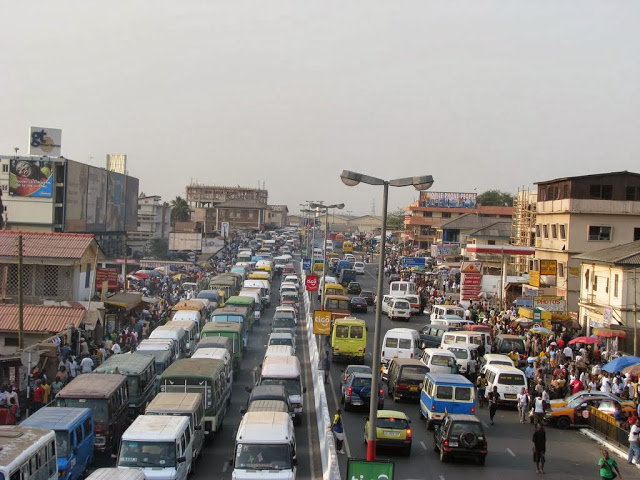 An uneasy tension is gradually mounting across the country which if not carefully and immediately addressed by the government, will result in total confusion, chaos and anarchy in the Commercial Transport Sector, which will affect Ghanaians in the long haul.

If my memory serves me right and I stand to be corrected, never has there been any total shut down or suspension of Commercial Transportation in Ghana.

In some other jurisdictions across the globe, there is usually  the suspension of services by the Operators in the Private Transportation Sector due to misunderstanding among them and the government. The current unhealthy situation in Ghana in which the operators in the Commercial Transport Industry have issued a stern warning to the government to address their concern or else they will suspend their operations totally is a bit worrying and disturbing to Ghanaians.

The genesis of the problem is that, on Thursday, November 9, 2021, the Coalition of Private Transport Operators, held a press conference in Accra to register its protest on the need for the government to reduce taxes on fuel.  It expressed frustrations caused by the effect on the high taxes on fuel.  The Coalition made up of Ghana Private Road and Transport Union (GPRTU), Association of Tipper Truck Drivers, Harbour Transport Owners, Ghana National Cargo Transport Association, Ghana Committed Drivers Association, Concerned Drivers Association, Digital Drivers, Commercial motorbike riders popularly referred to as Okada, the Chamber of Petroleum Consumers among others, gave the government a three-day ultimatum to grant their request or face the wrath of members.

Spokesman for the Coalition, Godfred Abulbire who is the General Secretary of the GPRTU, told journalists that there had been an unending surge  in pump prices of petroleum products in Ghana in recent months.  He said taxes, levies and margins on petroleum products were the main causes of the continuous rise in the prices of fuel.

According to him, the year began with a fuel price of Ghc 4.950 per litre for either diesel or petrol, but as at the first week of November 2021, it was Ghc 6.90, representing about 35.04 per cent cumulative increase.

Mr. Abulbire said the price per gallon of petrol or diesel had increased from Ghc 22.28 in January 2021 to Gh 31.05 in November 20212, representing Ghc 8.77 increase.  He said the brunt of the high taxes on fuel was being borne by Commercial Transport Operators.

It added that the recent increase in fuel prices did not correspond to the increment in transport fares, explaining that although fuel prices had increased by 39.39 per cent between January and November, transport fares have only increased by 13 per cent effective June 2, 2021. He explained further that the surges in fuel prices did not promote the income and welfare of personnel in the commercial transport business and therefore, called on the government to scrap the taxes, levies and margins on the price build-up, saying the Commercial Transport Operators and vehicle users in general could not continue to pay for debt caused by the government appointees in the Energy Sector.

In view of the Budget presented on Wednesday, November 17, 2021, the Coalition was compelled to stay down its strike, with the view that their issues would be addressed in the Statement presented by the Finance Minister Ken Ofori-Atta.

Unfortunately, that was not the case.

In view of that, the Coalition has re-opened the case and issued a stern warning with an ultimatum to the government to address its concerns by Sunday, November 28, 2021, or the nation would face a total suspension of Public and Commercial Transportation across the entire country.

It is a fact that the implication of the total suspension of Public and Commercial Transportation could take a toll on the country.

Almost everything in this country will be greatly affected and the country could grind to a halt as transportation is the live wire of the nation. That is why Ghanaians are pleading with the government to listen and address the concerns of the Commercial Drivers.

Issues such as the concerns of the Commercial Drivers should be devoid of politics and be treated with a clear mindset and with dispatch to avoid unnecessary confusion and chaos in the country.

We also urge the Coalition to be magnanimous and civil in their approach to the issue at stake as they wait for a response from the government in order not to plunge the country into unwarranted mess.