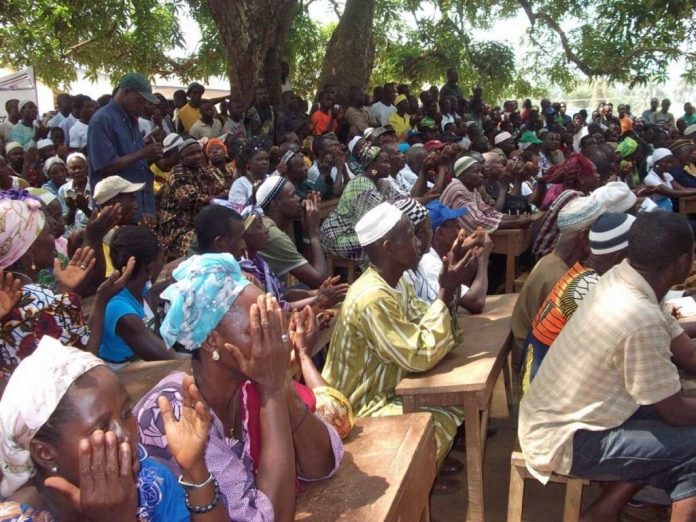 The government of Ghana has been advised to take steps to strengthen laws protecting Human Rights Defenders (HRDs).

It must also put measures in place to prevent arbitrary arrests and hold police accountable for the use of excessive force, like torture.

Again, the state must pass legislation specific to the protection of all Human Rights Defenders.

These were key recommendations for Ghana after a comprehensive baseline assessment conducted on the plights of Frontline Grassroots land, Environmental and Human Rights Defender in West Africa.

The report recalled a situation in Ghana where one Frontline Grassroots HRD shared efforts he made to fight for his community against the government and gold companies especially for polluting water sources.

“His efforts threatened the government who thought they could buy him off by bribing him to leave the country. When he refused their bribe, he was arrested and taken to jail. When a group of Women HRDs found out what had happened, they organized and protested his arrest.” The report narrates.

The report said the protest by the women gave the government unwanted attention ultimately resulting in the Frontline Grassroots HRD being released from prison due to the publicity and pressure the Women HRD’s protest brought to the situation. The case was eventually dropped highlighting the importance of unity and bringing these bad practices to light.

It states that Ghana is the second country in West Africa that Freedom House designates as “free.” It commended the country for consolidating its democracy through competitive elections with multiple parties since 1992.

The country was complimented for the creation of the Office of the Special Prosecutor in 2017 to investigate political corruption and the passage of the Right to Information Bill in 2019 which allows citizens access to information in public and private institutions.

Ahmed Hussein-Suale murder and the dent

Like many other countries mentioned in the report, freedom of assembly is guaranteed through the constitution, but the report asserts that, that does not mean it is always upheld.

“Though better than other countries, Ghana’s government still occasionally ‘censors’ the press, targeting journalists through harassment and arrest.” The report regrettable states.

The study recounted the killing of Ahmed Hussein-Suale in January 2019, after he helped expose corruption in football.

“Though it is unclear who committed the murder, it came after a member of parliament encouraged violence against Hussein-Suale.”

Later that year, the report recalled, two other journalists were allegedly tortured during police interrogation in connection with information they posted about a government official.

The police force is known for arbitrarily arresting and holding individuals without charges as well, as the study documented.

In Ghana, the Commission of Human Rights and Administrative Justice (CHRAJ) is considered a viable institution with a broad human rights mandate. One

community whose chief had sold off community land to a national mining company decided to take their case to the CHRAJ.

According to one lawyer involved in the process, “The community saw it as a national mechanism that is most likely to give a fair verdict.

The CHRAJ has a good reputation for dealing with human rights cases and the approach is like a traditional dispute resolution system which is more familiar to the communities’ approach to justice.”

As of May 2020, the community is waiting to hear the verdict. The report noted that CHRAJ works in line with the Paris Principles. The country has also ratified the ICCPR, ICESCR, CEDAW, and CAT. Additionally, Ghana ratified the protocol for the African Court.

The general situation in the sub-region

The report said human rights abuses, corruption, and violence across the region increase the risks of the work of the National Defenders and Frontline Grassroots Defenders who focus on protecting their communities, livelihood, land, natural resources, and their rights to the environment.

“However, despite global recognition of the problems including the policies and conventions aimed to address the protection of defenders, particularly in Latin America and Asia, serious challenges remain to protection, as the types and nature of attacks on Frontline Grassroots Defenders in West Africa continue unabated.”

Sixteen countries make up West Africa, including five anglophone, nine francophone, and two lusophone countries. Equatorial Guinea, although not part of West Africa or a member of ECOWAS, was included in this study because of the extreme challenges defenders face.

Who are Human Rights Defenders?

The national HRDs are known to the international community, have links, are well known in civil society, and participate at the regional and international levels. They are heads of organizations or coalitions, lawyers, journalists, professionally trained, based in national or regional hubs in their country.

Whereas, the Grassroot HRDs work on behalf of an organization or coalition at the community level, defending the rights of vulnerable groups especially communities and community HRDs for the whole range of rights including land, environmental, cultural, political, and civil rights.

The leaders in the Communities include a self-appointed, director or chairman of CBO, staff of CBO, active community member, farmer, the head of a natural resource user group, a youth leader, a women leader, head of a migrant community, a community radio talk show host, a local internet blogger or journalist.

The Characteristics of risks/threats they face

The report mentioned a shopping list of risks the HRDs are confronted with: killing, unlawful arrest, assault, arbitrarily detention, fines, reputational risk – accused of being anti-development, and organization shut down. They also face criminalization, forced exile, forced relocation and displacement, among others.

In Nigeria, for example, one HRD shared that “Unlawful arrest is a common thing.” As it is used as “a tactic of intimidation.” Arrests are often accompanied by being held incommunicado.

In Guinea between January 2015 and October 2019, at least 70 protesters and bystanders were killed linked to rising political tensions.

In Liberia, the report observes, journalists are frequently harassed, assaulted, subjects of frivolous lawsuits, prohibitive fines, and censorship by the government. Defenders are branded anti-state, of while others are kicked out of their livelihood in favor of concession companies.

Whereas in Mali, defenders are arbitrarily detained and threatened for focusing on cases business and corruption within government ranks.

Equatorial Guinea has been under the same president for almost 40 years. Defenders face social and economic exclusion including dismissal from work, ill-treatment or

torture, suspension of the activities of the NGO or the NGO itself, arbitrary detention, or political trial for conspiring against the power among others.

The study indicates that in The Gambia, even though the situation has improved since 2016 when a new president was voted into power, there are a growing number of arrests and detentions without charge of opposition members and those who challenge government action.

In January 2020, a member of the former ruling party was arrested and detained for five days without being presented before a judge, among other cases.

Human Rights Defenders are on the frontlines of the struggle to ensure that the principles and rights laid out in the Universal Declaration of Human Rights (UDHR) and subsequent human rights conventions are upheld around the world. Many HRDs face substantial threats to their person, their families, and their organizations, because of their work.

In 2019 alone, 212 individuals were murdered who are classified by Global Witness as environmental or land Defenders, bravely taking a stand to defend human rights, their land, and the environment. That number did not include West Africa.

While the abuses against Defenders in Asia and Latin America have received media coverage and international civil society interest, HRDs’ from West Africa especially land and environmental rights defenders are less well-known.

Since 2000, when the United Nations Declaration on Human Rights Defenders, a protocol designed to protect HRDs worldwide, was created, there has been a plethora of policies and protocols developed.

In 2019 the UN Human Rights Council unanimously adopted a landmark resolution to protect environmental HRDs. The resolution was led by Norway with over 100 co-sponsors from West Africa including Ghana, Senegal, and Burkina Faso.

This article is written by: Dominic Hilordiz. For further information, please contact the Secretariat of the MRU SCO Platform based in Monrovia via WhatsApp @ +231886529611. The Platform is a network of land, environmental and human rights defenders; indigenous frontline communities affected by the operations of multinational corporations in West Africa.