In an effort to bring legal services closer to the people of Upper West, a law firm known as “Eledi Law Consult PRUC” has been inaugurated in Wa.

GBC’s Emmanuel Mensah-Abludo reports that the official opening of the facility brings to two the number of chambers in Upper West.

Inaugurating the Eledi Law Consult PRUC, the Regional Minister, Dr Hafiz Bin Salih asked the people to unite and harness the potentials of the region to make it what he terms “a shining place” for people to come and learn.

He praised the brain behind the firm, Mr Clement Eledi for his selfless service to Upper West.

“I congratulate Honourable Clement Eledi for what he has done for our region. Crowning it with the inauguration of this facility [Chambers]” Dr Bin Salih said.

“My expectation is that the many distinguish legal practitioners that we have will not only have chambers in other parts of the country. So I am urging my brother Charles Puozuing to be the next to open chambers in Upper West Region,” the Regional Minister stated. 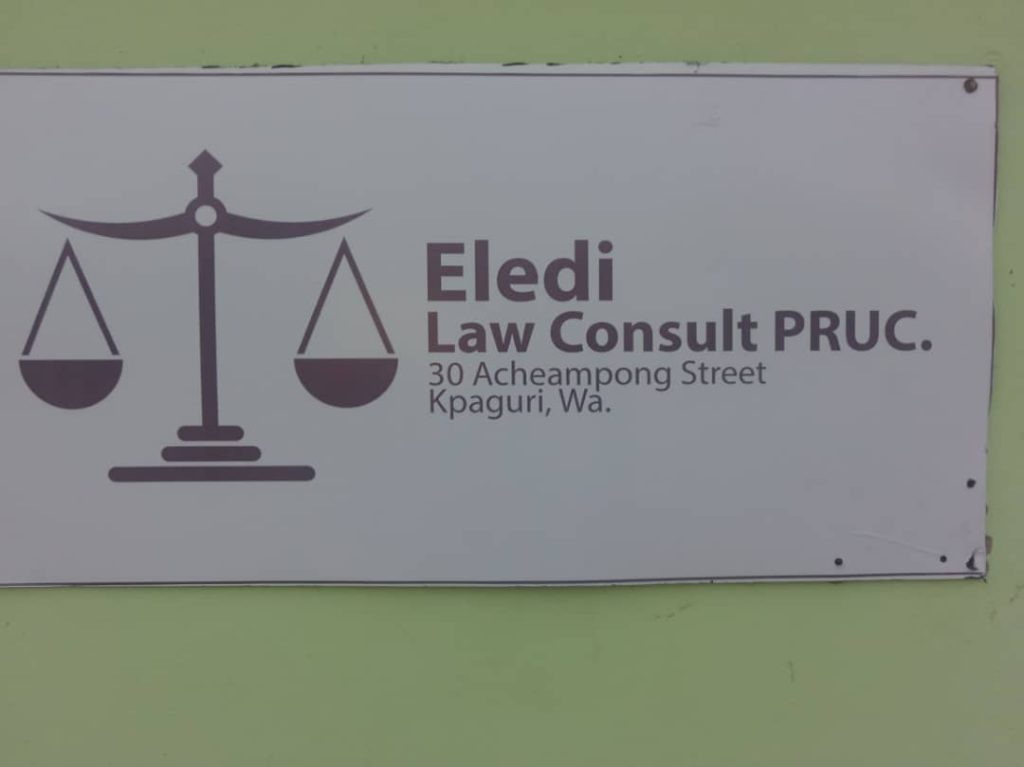 Mr Eledi indicated that bringing legal services closer to the people via the Chambers is his little contribution to development.

He observed: “When we talk about development, people are thinking about brick and mortar but brick and mortar is not the only development. Development also means that, we have to bring services to the door steps of our people. Almost 35 years ago, when I was called to the bar, I was the first resident lawyer in Upper West from Upper West.”

The Upper West Regional President of the Ghana Bar Association, Ubeidu Siddique was excited that Mr Eledi who he described as a grandfather, had accomplished the dream of every practicing lawyer in relation to having a law firm.

“We are happy today to be witnessing yet the inauguration of another chambers person I will refer to as ‘our grandfather’ as far as the practice of law in this town of ours is concerned,” Mr Siddique affirmed.

The icing on the cake was the inauguration of the new law office at a time when the Simon Diedong Dombo University for Business and Integrated Development Studies is establishing a Law Faculty.