Story by Hannah Dadzie The Ministry of Foreign Affairs and Regional Integration says it is investigating the alleged issuance of...
Read more

Organisers of the Ho Teaching Hospital (HTH) Cardiothoracic Fundraising Project have embarked on a health walk through some principal streets of the Municipality as a pepped up measure to create awareness among the people. 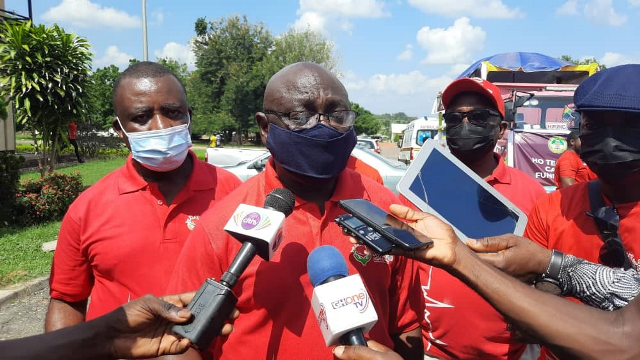 The “Save a Heart, Save a Life” Project is a $3.2 million fundraiser to purchase theatre equipment for the Cardiothoracic Centre and facilitate the training of surgeons.

The Centre was established to help reduce the waiting time for clients seeking cardio services at the Korle-Bu Teaching Hospital.

The over three-hour procession with music saw the distribution of leaflets containing project information and channels through which the public could contribute.

Dr John Tampuori, the Acting Chief Executive Officer of the HTH, said the existing facility needed to be modernised and the human resource of surgeons enhanced to make the Centre stand on its feet to provide cardio services to its numerous clients.

“We need the support of all. Nothing is too small,” he said, as he entreated the media to lead the crusade of awareness creation to win the support of individuals, corporate establishments and benevolent institutions for the project.

He said the current situation of cardiothoracic treatment was to refer patients to the Korle-Bu Teaching Hospital for surgery adding that the project was to bridge the gap between Ho and Korle- Bu as cases continued to increase.

Dr Tampuri disclosed that between January and June 18, this year, some 729 cardiac patients were treated at the OPD level while 1,023 patients attended cardiovascular treatment as of November 2020, which made a stronger case for the need for a modern cardiac Centre.

He assured the public of accountability of the proceeds as PriceWaterHouse, an accredited auditing firm, had been brought on board to provide value for money and guard against embezzlement of resources meant for the project.

Professor Frank Edwin, the Head of Cardiothoracic Surgery Centre of the University of Health and Allied Sciences (UHAS) and the Ho Teaching Hospital, expressed worry over the increasing number of cardiac arrest cases in the country with sudden onset of chest pain.

“We believe the Cardio Centre will be advantageous for early detection and treatment of the disease and open the avenue for immense educational opportunities for training students and practicing doctors,” he said.

Prof Edwin, also a Consultant Cardiothoracic Surgeon at the National Cardiothoracic Centre (NCC), said cancer of the oesophagus was common in the Volta Region, which was attributable to alcohol consumption, according to researchers from the UHAS. 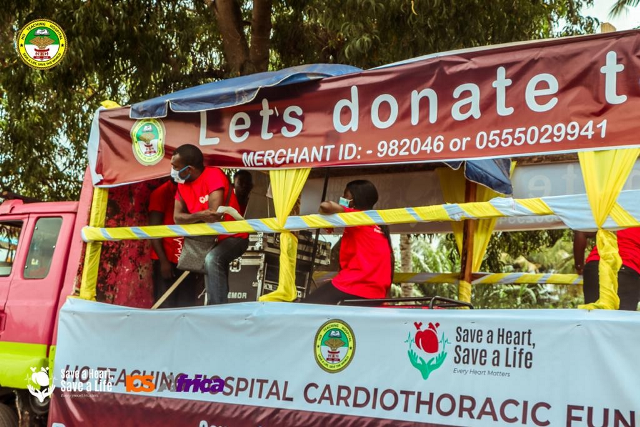 He said a study showed that some 8,000 children were born annually with congenital heart disease, otherwise known as hole-in-heart condition, with majority needing corrective surgery.

However less than one per cent were operated upon due to lack of facilities to diagnose and treat with funding being another challenge, he said.

ICS Africa, an events company based in Accra, is spearheading the $3.2 million campaign to mobilise funds for standard machines for the centre and operationalise the different units to undertake major cardiac surgeries.

Other programmes to help create awareness would be through games and dinner activities.

Story by Hannah Dadzie The Ministry of Foreign Affairs and Regional Integration says it is investigating the alleged issuance of Ghanaian passports to foreigners. The...
Read more
General News

The first full Professor within the nursing profession in Ghana, Lydia Aziato, has been inducted as the Vice Chancellor of the University of Health and...
Read more
Education

By Kingsley Nana Buadu The Minister for Communications and Digitalisation, Mrs. Ursula Owusu Ekuful, has inaugurated a Community ICT Centre for the students, pupils, and...
Read more

The Ghana Medical Relief (GMR) has successfully ended its five-day free medical outreach in Agogo in the Ashanti Region.The team which earlier donated to...
Read more

By: Emmanuel Akayeti A renovated CHPS Compound and an expanded facility, with delivery room, laying room, records, and minor repairs room with a borehole at...
Read more

By Yvonne Atilego A €2.84 million project for the institutional and technical strengthening of the Food and Drugs Authority (FDA), towards Vaccine production has been...
Read more

The Children's Ministry of the Assemblies of God has presented some items to the Princess Marie Louise Children's hospital as apart of its 20th...
Read more

COVID-19: Gov’t will consider 3 factors to extend or call-off lockdown...

Football is about Passion, not Anarchy – Regional Coordinator CAYE –...