By Seli Baisie A Physician Specialist, Dr. Nii Lante Okunka Blankson says the most commonly abused painkiller is paracetamol. This, according...
Read more

By: Franklin ASARE-DONKOH Her Ladyship Comfort Kwasiwor Tasiame has directed Arise Ghana organisers of the #KromAyeShe demonstration to end their...
Read more

Ghana’s Ambassador to Burkina Faso, Boniface Gambila has expressed worry about the youth who get deceived by unknown people...
Read more 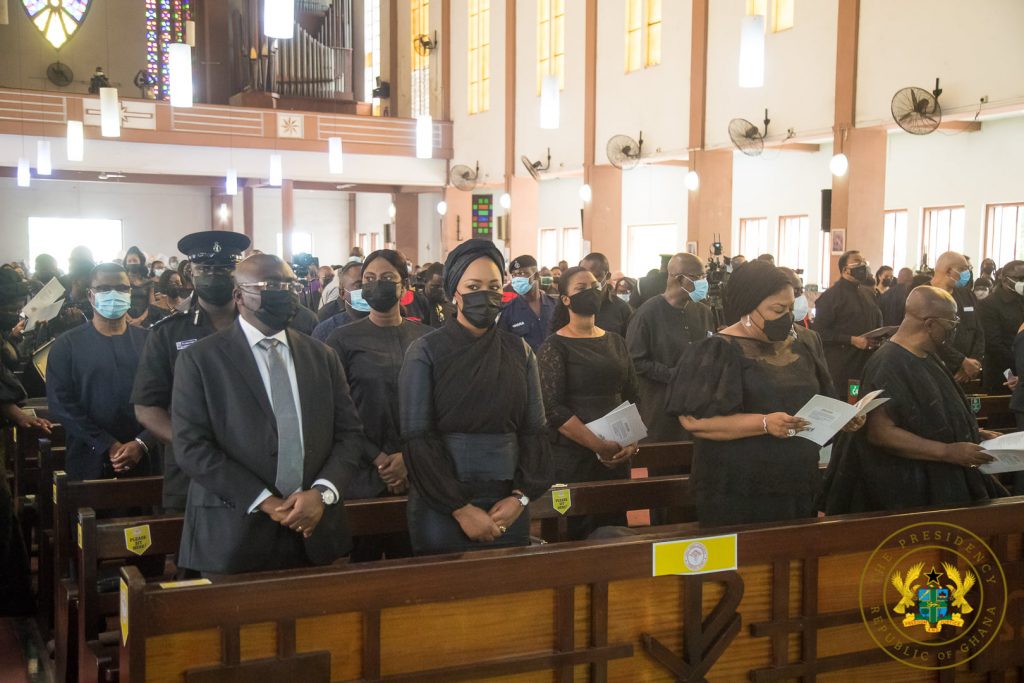 Former President Jerry John Rawlings died on November 12 after a short illness at the Korle-Bu Teaching Hospital in Accra.

The Metropolitan Archbishop of Cape Coast, Most Reverend Gabriel Palmer Buckle centered his homily on love, peace and forgiveness.

He said Late President Jerry John Rawlings paid his due to Ghana and humanity and deserves to be with the Lord.

The solemn programme was interspersed with scripture readings and the singing of hymns.

Archbishop Gabriel Palmer Buckle in a tribute said he often tried hard to come to terms with who the late President was but could not.

He said Rawlings as he was, thirst for righteousness adding that the history of Ghana cannot be written without him.

He advised the family to live in love and peace and protect the legacy of late Mr. Rawlings.

The Metropolitan Archbishop of Cape Coast who is also the Vice President of the Ghana Catholic Bishops Conference Most Reverend Gabriel Palmer Buckle also had a word for politicians. 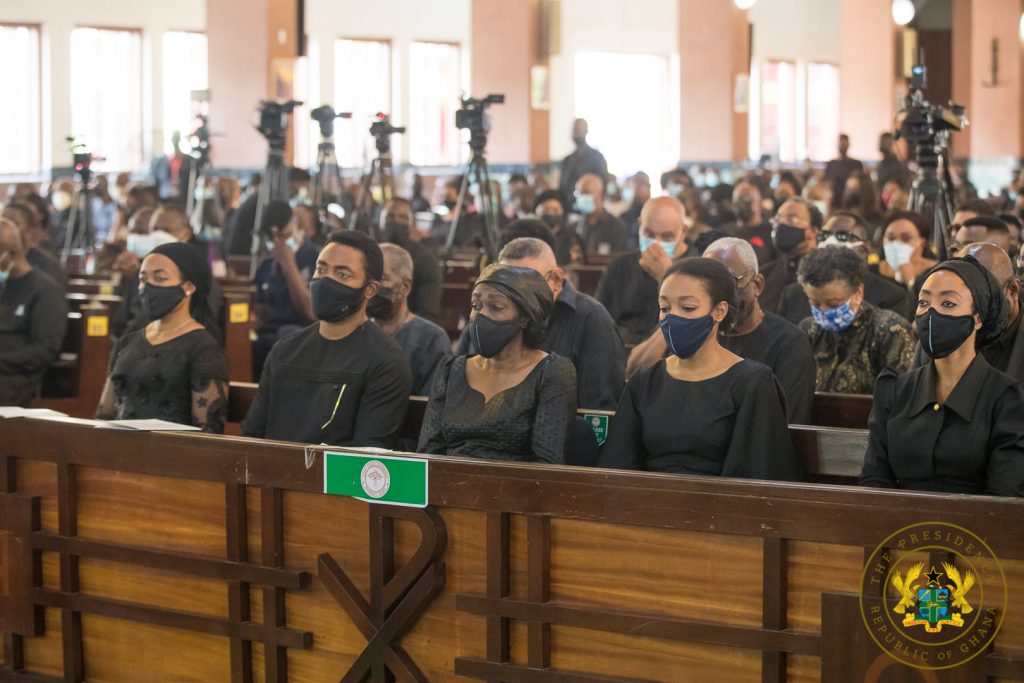 The wife, Nana Konadu Agyemang Rawlings and the children were later prayed for and blessed by the Archbishops present.

Also present at the requiem mass was the Agbotui and allied families and members of the Anlo Traditional Council as well as the diplomatic corps. 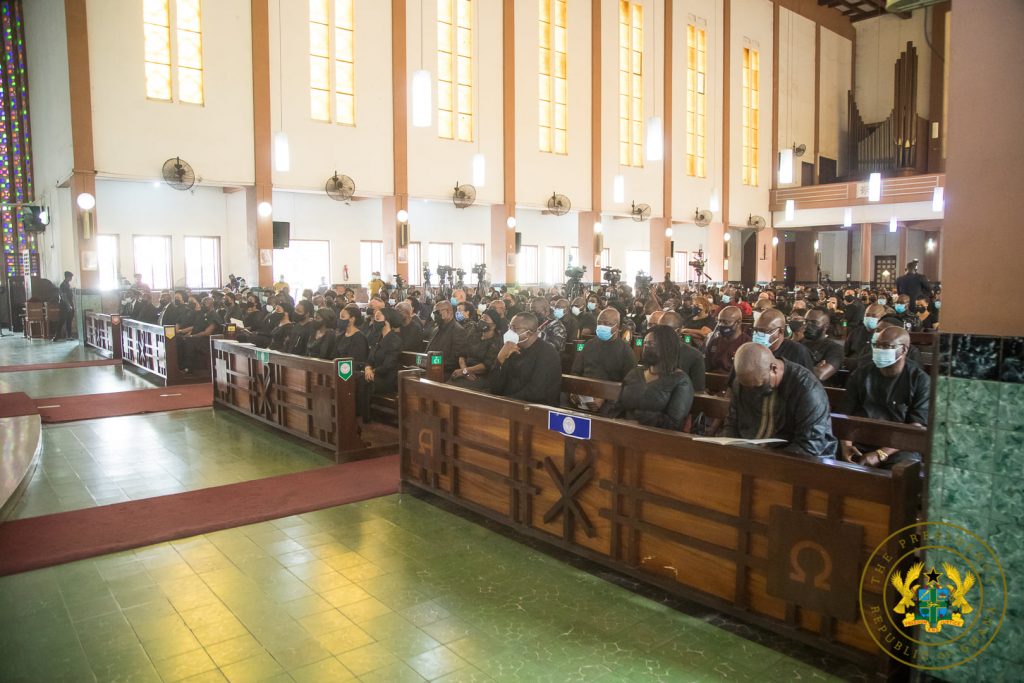 Ghana’s Ambassador to Burkina Faso, Boniface Gambila has expressed worry about the youth who get deceived by unknown people to travel to Burkina Faso...
Read more
Politics

By Tilda Acorlor The Project Lead of the Eggstra-O Campaign, Ndidi Fordjoe says women and children must eat eggs to grow well and healthy. She...
Read more

The Speaker of Parliament, Alban Bagbin, has directed the Finance Committee with help from the Health Committee to scrutinize Government's COVID-19 expenditure as was...
Read more

Nigeria’s Senate president rejects calls to stand down after defection to...