By: Henrietta Afful Albert Kwabena Dwumfour has been elected President of the Ghana Journalists Association, GJA after the National and...
Read more

By: Nicholas Osei-Wusu As the 31st July 2022 deadline for the merger of people’s mobile phone SIM numbers and their...
Read more

The President, Nana Addo Dankwa Akufo-Addo, says Ghanaians want a leader who will put the nation onto the path of progress and prosperity, and not one who will lead the country back to the dark days of ‘dumsor’, economic mismanagement, and the economy into a recession.

Speaking at Krobo Odumase on Monday, November 23, 2020, as part of his 2-day tour of the Eastern Region, President Akufo-Addo stated that the Ghanaian people are tired of ‘negative propaganda’ in the politics of Ghana, and do not want leaders whose track record in office was abysmal. 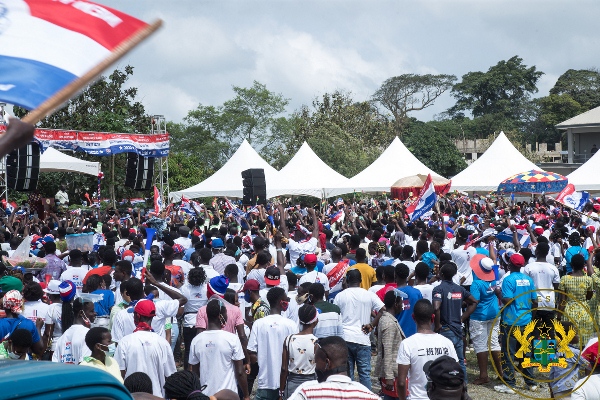 “Is that what we need? Is that the leadership of the country that we need?” the President asked, to which massive crowd at Odumase retorted “No”.

According to the President, Ghanaians “are looking for different leadership. We are looking for leadership that is going to bring progress and prosperity to Ghana, and not backwardness and false claims”.

To the gathering at the venue for the interaction, President recounted several of the policies implemented by his Government over the last four (4) years, which include Free SHS, Planting for Food and Jobs, 1-District-1-Factory, 1-Village-1-Dam, amongst others. 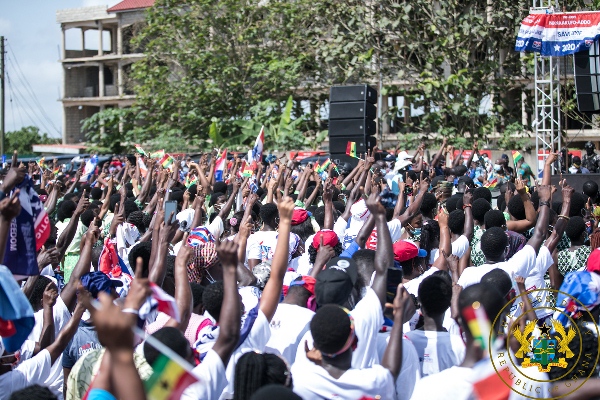 “If the work is satisfactory, if you find the work has been satisfactory, what I am asking you, Manya Krobo, to do is to give me the opportunity to do my work, and give me four more years for Nana,” he added.

His period in office, President Akufo-Addo reiterated, has also dismantled the propaganda of the National Democratic Congress that the NPP has a negative agenda against Krobos.

The President continued, “Has any krobo person been harassed in Akyem Abuakwa or here during my period? It is all negative propaganda from people who cannot do things, and have to invent things to be able to compromise our minds. We are tired of negative propaganda in the politics of Ghana.”

By: Henrietta Afful Albert Kwabena Dwumfour has been elected President of the Ghana Journalists Association, GJA after the National and...
Read more
Entertainment

Ghanaian Afro-Fusion artist has released his latest single, ‘No Sad Days’ (NSD). Younga 101 is a rapper, singer and songwriter. He refers to his music...
Read more
General

By: Nicholas Osei-Wusu As the 31st July 2022 deadline for the merger of people’s mobile phone SIM numbers and their Ghana Card fast approaches, one...
Read more
Entertainment

By: Seli Baisie   American-Ghanaian-Liberian actor and comedian, Michael Blackson has revealed that the new school he has constructed at Nsaba near Swedru in the Central...
Read more
General

By: Nana Ama Gyapong The Executive Director of the National Interest Movement, Susan Adu-Amankwa has asked government to prioritize what is important it, that is,...
Read more

The Speaker of Parliament, Alban Bagbin, has directed the Finance Committee with help from the Health Committee to scrutinize Government's COVID-19 expenditure as was...
Read more

Saglemi Housing Case: Collins Dauda, others back in Court June 26

By Beatrice Oppon The trial of two former Ministers of Works and Housing Alhaji Collins Dauda and Kweku Agyeman Mensah and three others involved in...
Read more

By Edzorna Francis Mensah The Government of Ghana is said to have spent a total of Gh¢12,04 billion to fight coronavirus and other matters related...
Read more