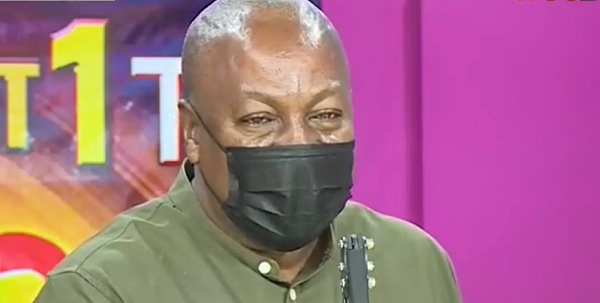 Former President John Dramani Mahama has alleged that the Medical Superintendent of the Ejura Government Hospital, Dr. Mensah Menyah was transferred weeks after testifying before the Ministerial Committee of Enquiry that investigated circumstances leading to the recent disturbances and shooting to death of some demonstrators at Ejura in Ashanti Region.

According to Mr. Mahama, it would be very disappointing if indeed, Dr. Manyeh has been transferred for assisting the Committee to execute its mandate.

Mr. Mahama made the assertion in Kumasi during an interview on a private radio station as part of his ‘Thank You tour’ of Ashanti.

In the view of the former president, “the Ejura Hospital’s Medical Superintendent’s transfer could as well add to politicisation of the public service, a situation that does not augur well for nation building.’’

Touching on the contribution of his government to socioeconomic and infrastructural development of the Ashanti region, the former President noted that securing funds for the Kumasi International Airport and Phase 2 of the Kejetia Market Complex among other projects was in recognition and appreciation of the Ashanti Regional capital as a strategic location for business and commerce in addition to the fact that, the city is Ghana’s 2nd biggest city.

His Vice Presidential Candidate, Professor Naana Jane Opoku Agyeman, noted that the ‘Thank You tour’ is an appreciation of the NDC and the Flag-bearer to the Chiefs and People of the Ashanti region for their support during the 2020 Presidential and Parliamentary elections.

NDC must move on after Supreme Court Verdict – Moshake