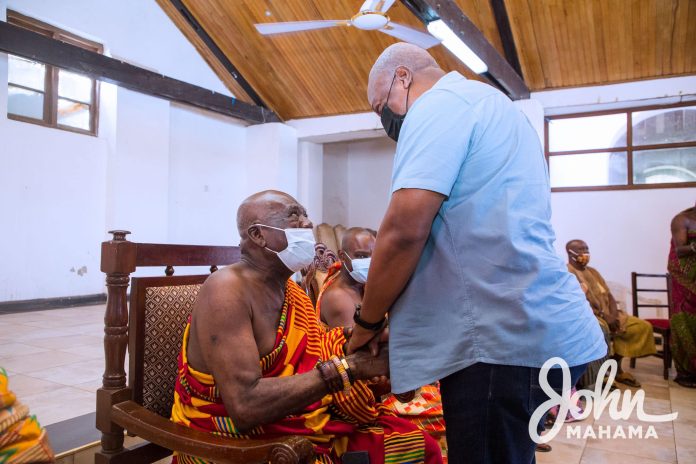 Former President John Dramani Mahama, says even though the National Democratic Congress (NDC) was not happy with the conduct of the 2020 elections, it still maintained a level head because the peace of the Country is paramount.

He emphasised that Ghana had gone through successful elections but election-2020 was the worst the Country had ever conducted since 1992.

Former President Mahama made the observation when he paid a courtesy call on the Omanhene  of Oguaa, Osabarima Kwesi Atta, at the Emintsimadze Palace, during his visit to the Central Region as part of his nationwide ‘thank you’ tour.

Former President Mahama thanked the Traditional and Religious Leaders for their contribution to peace in the country, adding that their continued counselling during the 2020 elections yielded positive results in maintaining peace.

He said it was his prayer that Ghana would continue to remain peaceful.

On the economy, the Former President, blamed the current economic challenges and unemployment situation facing the country on bad economic policies embarked upon by the government, including the collapse of indigenous banks in the country.

”The mismanagement of the economy by the ruling  government has resulted in hardships, the NDC is only Ghana’s hope to change and manage the country’s resources to improve the standard of living of the people”, he said.

He said prudent economic measures should be able to make the environment friendly for the people to go about their businesses without discrimination based on political affiliation.

He stressed that in NDC’s 2020 manifesto, there is a big push for an infrastructural development agenda, where $10 million dollars was projected to be used to construct roads, hospitals, and schools.

Mr. Mahama, said there is also a well-crafted plan to create one million job opportunities for young Ghanaians and also solve the country’s Galamsey menace which has caused extensive destruction to  the vegetation cover and water bodies.

Mr. Mahama pointed out that the decision by the government to abandon all projects his administration initiated, is seriously hampering the progress of the country.

”Given the mandate, the next NDC government would use the first two years in office to complete all abandoned projects before new ones are started”, he stressed.

Former President Mahama said the NDC would continue its advocacy  on electoral reforms to ensure the country’s electoral processes are improved to deliver fair, peaceful, and transparent elections.

Osabarima Kwesi Atta on his part commended Former President Mahama for maintaining statesmanship after the December 2020 elections, adding that his peaceful nature contributed to the peace the country is  enjoying.

He thanked  the former President  for his contribution to peace in Ghana and indicated the Council’s willingness to work with political parties that demonstrated the fear of God and love for humanity. 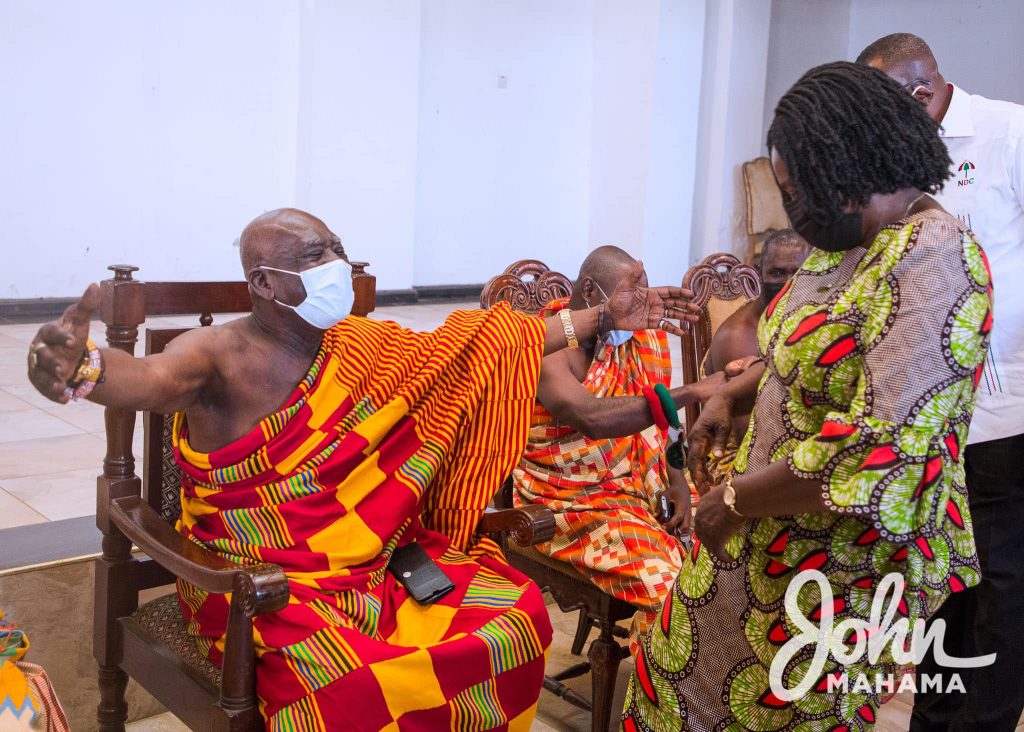 The Former President was accompanied by his running mate in the 2020 elections, Professor Jane Naana Opoku Agyemang, the National Chairman of the NDC, Samuel Ofosu Ampofo and  some MPs from the region.

EC’s statement on matters and key decisions on IPAC meeting