PAC fails to engage BoG officials over absence of Governor

The Public Accounts Committee (PAC) yesterday sent officials of the Bank of Ghana (BoG) who had appeared before it packing, because the Governor was not among them.

Dr. Ernest Addison and his officers were scheduled to appear before the committee to respond to the Auditor-General’s report on the statement of foreign exchange receipts and payments of the bank for the years ending December 31, 2017 and 2018.

But when the meeting was called to order, it was discovered that neither Dr. Addison nor any of his two deputies were there to respond to the concerns as captured in the Auditor-General’s report.

Instead, three Directors, led by Stephen Opata, Director, Financial Services were there on behalf of the top echelon of the Central Bank.

Asked why their boss was unable to attend upon the Committee, Mr. Opata could not give any reason only to say that “as late as yesterday, the plan was that the Governor or one of his deputies was going to attend.”

Unenthused about the conduct of the Governor, who was yet to appear before the committee since his appointment in 2017, the Chairman James Klutse Avedzi, asked his colleagues what should be done. 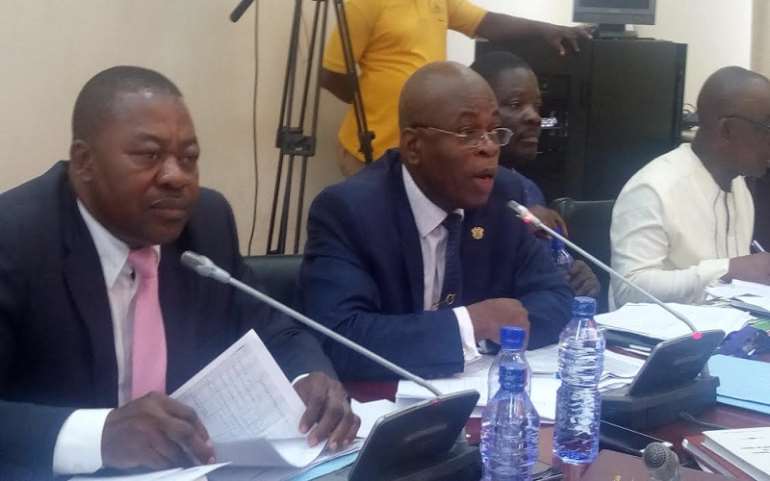 In response, Committee Members demanded that the available team went back and made way for the Governor himself to appear today (June 24, 2020).

PAC to invite Attorney-General on cases referred for prosecution

The Public Accounts Committee (PAC) of Parliament will invite the Attorney-General (A-G) to appear before it to give an update on the cases referred...
Read more

NPP writes to Alan Kyerematen over ‘Adru Wo So’ health walk