The Executive Secretary of the National Peace Council, George Amoh, has challenged political parties and other relevant organisations committed to peace to renew their sensitization on peace especially political party supporters as the Supreme Court delivers judgment on the 2020 election petition on Thursday, March 4, 2021.

Mr. Amoh said as a contribution to deepening Ghana’s democratic gains and peace, it is crucial Ghanaians remain calm irrespective of how the judgement turns out.

“We want to encourage ourselves that as the Supreme Court prepares to deliver judgment as indicated somewhere next week all of us should encourage our constituents to keep the peace of the country, there is nothing more we can do for our children and posterity than to remain calm and do all that we can to maintain the peacefulness of Ghana.”

Mr. Amoh was speaking at a virtual meeting of the Monitoring Committee on the Roadmap to end Political Vigilantism in Ghana.

The Northern Sector Action on Awareness Centre (NORSAAC), in collaboration with the National Peace Council with funding from STAR-Ghana Foundation formed the monitoring committee which among other things is to update CSOs on its monitoring during the election.

Mr. Amoh, while describing the 2020 elections as generally peaceful especially as it was devoid of activities of vigilante groups such as that which characterised the Ayawaso West Wuogon by-election, regretted about some isolated cases which led to the death of seven persons.

According to him, the seemingly peaceful nature of the elections is an indication Ghana is on course to winning the battle against political vigilantism.

“The last election you realise something positive happened, we did not see vigilante activities which was facing the country ahead of the elections. So, I think we did something right that all of us must be happy about.”

He said the National Peace Council would ensure the monitoring Committee does not limit its work to election years but beyond, to become a formidable support to the national peace infrastructure.

“The Monitoring Group is going to remain and become an early warning response support not only to the National Peace Council but to the peace infrastructure of the country.”

Executive Director of NORSAAC, Alhassan Mohammed Awal, was happy about partnership of state institutions and Civil Society Organisations, CSOs to promote peace before, during and after the 2020 elections. He noted such collaboration saw a drastic reduction of activities of vigilante groups, describing it as a success.

The Deputy Director, Research, Monitoring and Evaluation, National Peace Council, Kojo Impraim, said activities of vigilante groups in the country gave the need to having a framework in place to check the practice.

He said the National Peace Council was invited by the NDC and NPP to lead a dialogue, which gave birth to the Roadmap and Code of Conduct on eradicating political vigilantism. He explained the Roadmap sought to disband vigilante groups operating within political parties, prohibit ownership, hiring or utilization of such groups as well as create the needed cooperation with state agencies and stakeholders to counter the menace.

Mr. Impraim said through vigorous advocacy close to thousand people were sensitized who pledged commitment and support to peaceful elections. Touching on lessons drawn from its advocacy, he called for sustained sensitization which must not be limited to elections. He said Ghanaians must build a culture of peace that promotes national cohesion.

For his part, Executive Director of STAR Ghana Foundation, Amidu, Ibrahim-Tanko, traced the role Civil Society has played in Ghana’s democracy since 1992 which, he said, has evolved over time to respond to emerging issues such as political vigilantism.

Mr. Tanko, indicated there have been funding challenges for governance activities and processes adding it calls for conversation to raise funds to support their work.

“Even before the COVID-19 pandemic we saw a decline in the volume of aid to Civil Society Organisations and also changes in the focus of the aid, they are moving away from governance programmes to a general focus of private sector and so the volumes have gone down significantly.”

In a build up to the 2020 general election it became critical to have a national framework on Vigilantism and Related Offences Act 2019 (Act 999) as well as the Roadmap and Code of Conduct   to end political vigilantism in Ghana which had become topical as a result of the rising number of cases of vigilantism.

The National Peace Council with support of STAR Ghana and NORSAAC inaugurated a monitoring Committee on August 3, 2020, to monitor implementation of the Code of Conduct and ensure compliance of political parties. The Council together with the Centre for Democratic Development, CDD Ghana and other partners also set up Peace Mediation Committees at District and Regional levels to ensure compliance. 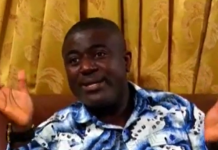 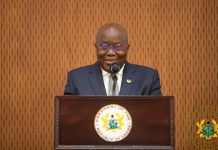