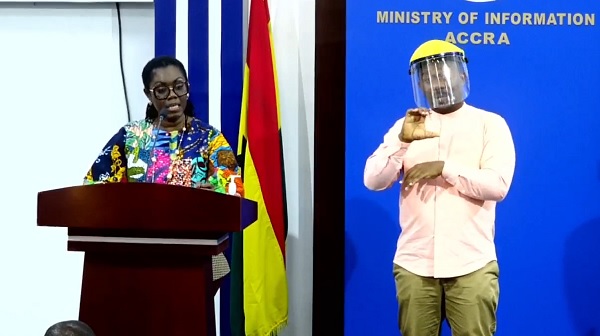 The Ministry of Communications and Digitalisation has projected to train 3,000 girls in information and communication technology (ICT) this year in the Western North, North East and Savannah Regions.

The training formed part of government’s efforts to bridge the digital and ICT gender gap and empower them in the job market.

The girls would be trained in basic computer skills, coding and HTML under the Girls-in-ICT project.

Mrs Ursula Owusu-Ekuful, the sector minister, announced this at the Minister’s briefing in Accra on Sunday.

So far, 500 girls, constituting the first batch of beneficiaries, had been trained in ICT, while additional 500 would begin training from Monday, September 6th to 11th, 2021.

The Mentorship and Training of girls in ICT would be climaxed on September 15 at Sefwi-Wiawso in the Western North Region under the global theme: “Connected Girls, Creating Brighter Future”.

MTN Ghana has made a generous donation of GHc10 million to support the Girls-in-ICT initiative for the next three years.

WHO prequalifies Ebola vaccine, paving way for its use in high-risk...

Sub-committee to check diversion of premix fuel in the offing