“Wakanda City of Return” to be built in Cape Coast

Anti-Corruption campaigner, Vitus Azeem says has called on the owner of Lablanca group of Companies and member of Council...
Read more

SOURCE: GRAPHICONLINE The Commissioner of the Customs Division of the Ghana Revenue Authority (GRA), Colonel Kwadwo Damoah, has accused the...
Read more

By: Peter Agengre In a bid to give back to society, the old students association of Navrongo Senior High School...
Read more

The Cape Coast Metropolis is set to experience the reality of the technologically advanced fictional “Africana City” portrayed in the blockbuster film the ‘Black Panther’.

The proposed ultra-modern smart city christened, “Wakanda City of Return” will be carried out in phases with funds from the private sector and will create more than 3,000 jobs for residents in Cape Coast and the country in general upon completion.

The project, is an initiative of the Cape Coast Metropolitan Assembly (CCMA) and the African Diaspora Development Institute (ADDI) in partnership with the Pelicape Company Limited (PCL) and Adepa Africa Investments (AAI). 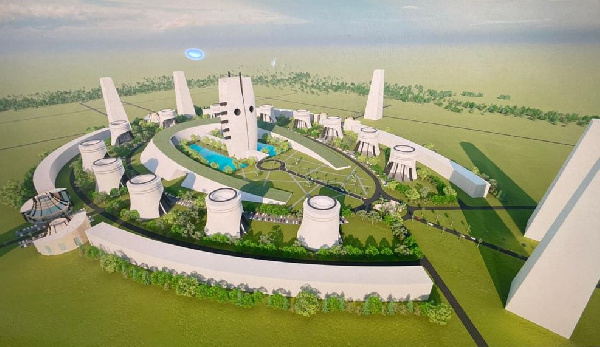 Scheduled to begin in 2021, the facility seeks to leverage on the monumental historical heritage and cultural assets of the metropolis to attract and retain tourists from all walks of life.

The city will serve as safe haven for pilgrimage of people of African descent to learn more about their history, culture, the civilization of Africa and its role in the new world economy.

Addressing the media at the virtual launch of the project on Thursday, Mr Ernest Arthur, the Municipal Chief Executive (MCE) for Cape Coast, expressed the Assembly’s unwavering determination to ensure that the monumental project came into fruition.

Mr Arthur indicated that the move was to complement President Nana Addo Dankwa Akufo-Addo’s declaration of 2020 as the “Year of Return” and subsequently, “Beyond the Return”.

Rallying the collective support of all, the MCE reiterated that the city will serve as a “home back home” for all people of Africans descent and others facing racial and cultural injustices and discrimination.

Dr Kojo Ben Taylor, Chairman of Wakanda City of Return, who gave an overview of the project said, the sights, sounds and flavors of the city will embrace all pleasure seekers with the best nightlife, culture, art and natural wonders.

He described the project as great and timely to complement national efforts at bringing all Africans in the diaspora to their roots to support the collective commitment to redeem the dignity of the African race through unity and a manifestation of the ‘can do spirit’ by all blacks.

Dr Arikana Chihombori-Quao, former African Union Ambassador to the United States and Founder and Leader of ADDI, in a virtual address said her satisfaction would be to see Africa doing better and taking her rightful place in the World.

She said the project will bring emotional relief to the descendants of black Africans who left the shores of Africa some 400 years ago and called on all in the Diaspora to return home where they truly belong.

Anti-Corruption campaigner, Vitus Azeem says has called on the owner of Lablanca group of Companies and member of Council...
Read more
General

SOURCE: GRAPHICONLINE The Commissioner of the Customs Division of the Ghana Revenue Authority (GRA), Colonel Kwadwo Damoah, has accused the Office of the Special Prosecutor...
Read more
Education

By: Peter Agengre In a bid to give back to society, the old students association of Navrongo Senior High School (NAVASCO) in the Upper East...
Read more
Africa

Leaders of the West African regional bloc ECOWAS have condemned the violence that erupted in various parts of Sierra Leone on Wednesday. Sierra Leoneans have...
Read more
Health

By Yvonne Atilego A €2.84 million project for the institutional and technical strengthening of the Food and Drugs Authority (FDA), towards Vaccine production has been...
Read more

Ghana Airport Company begins probe into death of passenger from US

Management of Ghana Airports Company Limited said investigations have commenced into circumstances surrounding the death of an arriving passenger from the US. Ghana Airport Company...
Read more

The Ministry of Foreign Affairs and Regional Integration has issued travel advice against all travel to the Gao region of Mali and surrounding areas. The...
Read more

By: Franklin ASARE-DONKOH A report coming through the desk of the gbcghanaonline has it that a truck has crashed a saloon car at the Jayee...
Read more