Mass strikes and protests in France over pension reform

France woke on Thursday to a nationwide strike by transport workers, teachers and other professionals in a showdown between unions and President Emmanuel Macron over his planned pension reforms.

Some 90 per cent of high-speed trains have been axed, most of the Paris metro is shut, hundreds of flights cancelled and the majority of schools closed in the strike.

Meanwhile, the French Civil Aviation Authority has confirmed a fifth of flights will be cancelled throughout the country on Thursday.

State carrier Air France has said 30% of its domestic flights and 15% of its medium-haul flights would be affected. 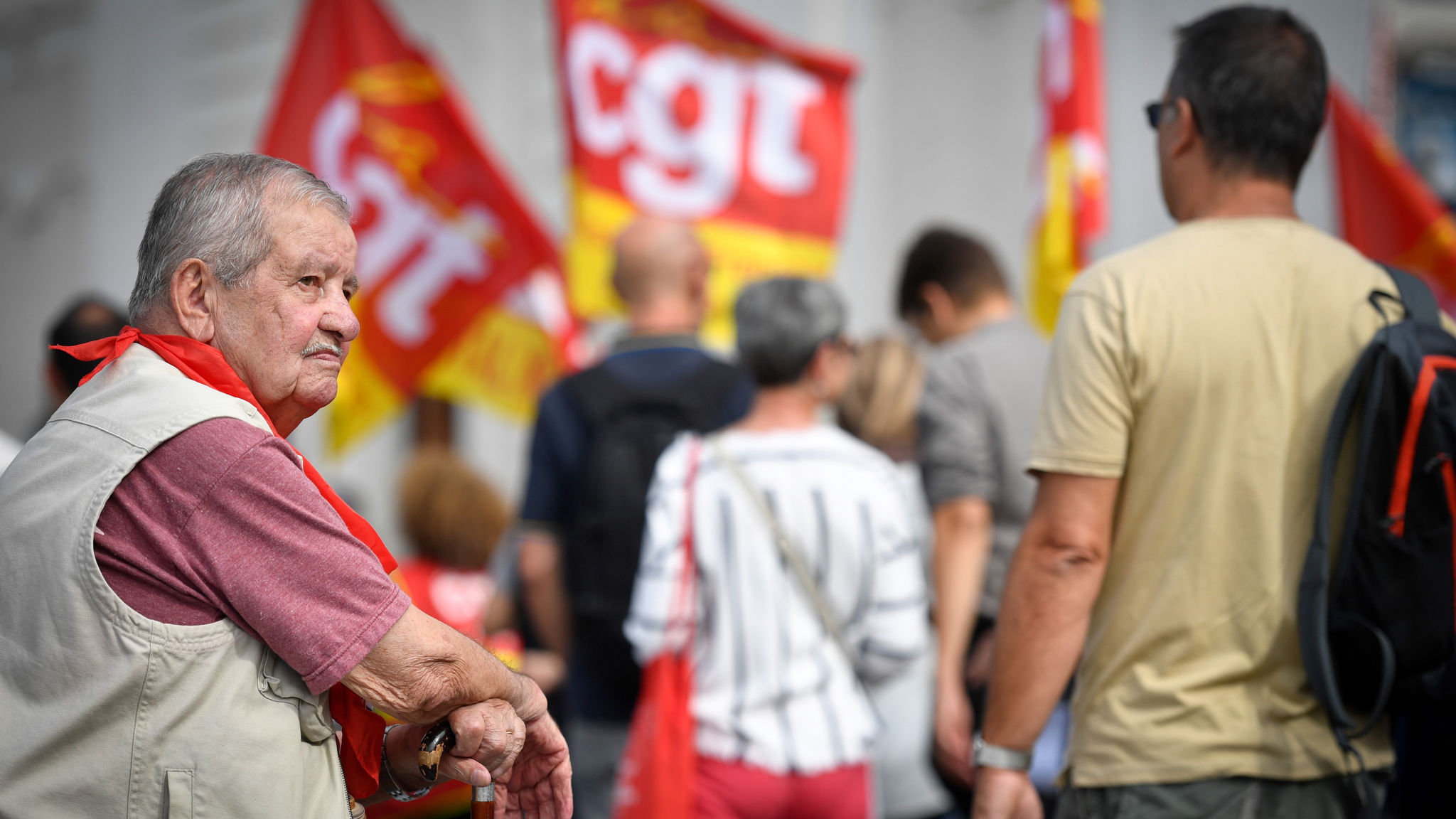 The strike — which is open-ended and could last several days — has drawn comparisons with the struggle between government and unions in November-December 1995 when the country was paralysed for around three weeks.

Many workers across France have to stay at home or find novel ways to access their offices using car-sharing services, rental bikes or e-scooters.

What’s the strike about?

Macron wants to implement a signature campaign promise that would see a “universal” retirement system.

It would do away with 42 “special regimes” for sectors ranging from rail and energy workers to lawyers and Paris Opera employees, which often grant workers higher pensions or early retirement.

But unions say the changes would effectively require millions of private-sector workers to work beyond the legal retirement age of 62 if they want to receive the full pension they have been promised.

Prime Minister Edouard Philippe, who has acknowledged French workers will gradually work longer, is set to unveil details of the reform on December 12.

On the Paris metro, 11 of the city’s 16 lines were completely down completely Thursday, with only the two fully automated lines running as normal.

Rail operator SNCF said 90 per cent of high-speed TGV trains, as well as regional services across the country, were cancelled, while international routes like the Eurostar and Thalys would be severely disrupted.

Education Minister Jean-Michel Blanquer said he expected 55 per cent of teaching staff to strike nationwide Thursday, with 78 per cent walking out in Paris, and just 30 per cent of schools being able to open.

Interior Minister Christophe Castaner said Wednesday that 245 demonstrations were expected nationwide, warning that a radical fringe of protesters could cause trouble.

Paris police chief Didier Lallement said around 6,000 members of the security forces would be deployed in the capital alone, with 180 motorbikes used to respond fast to any rioting.

Two major demonstrations are planned for Paris that will converge on the Place de la Nation, with officials ordering Paris businesses along the routes to close on Thursday.

The strikes will be a major test of whether Macron, who came to power on the back of a promise to transform France has the political strength to push through his vision.

The president is seen as having seen off the threat posed by the “yellow vest” protesters whose weekly demonstrations against inequality shook France from November last year.

But their anger could feed into the strike movement called by the unions and a transport strike on September 13 that caused gridlock in Paris might prove a harbinger of things to come.

“The moment of truth for Macron,” wrote the Le Monde daily in Thursday’s edition. “The next days are a decisive test for the head of state.”

The Mediapart website added: “Will the protests and strikes be strong enough to halt the march of reform? Everyone is holding their breath.”

By Bright Ntramah The President of Indonesia, Joko Widodo has removed Covid-19 testing requirements for fully-vaccinated overseas travelers to the country. This follows an improvement...
Read more

US State of Oklahoma bans abortion after conception amidst wide criticism

Oklahoma Legislators have passed a law banning abortion after conception, which critics say is the most restrictive measure in the US. The Republican-led Bill will...
Read more

The UK Police have closed their investigation into breaches of Covid rules in and around Downing Street, issuing around 20 further fines. The Met...
Read more

Spain's Cabinet on Tuesday, May 17th approved a Bill that grants paid medical leave for women who suffer from severe period pain, becoming the...
Read more