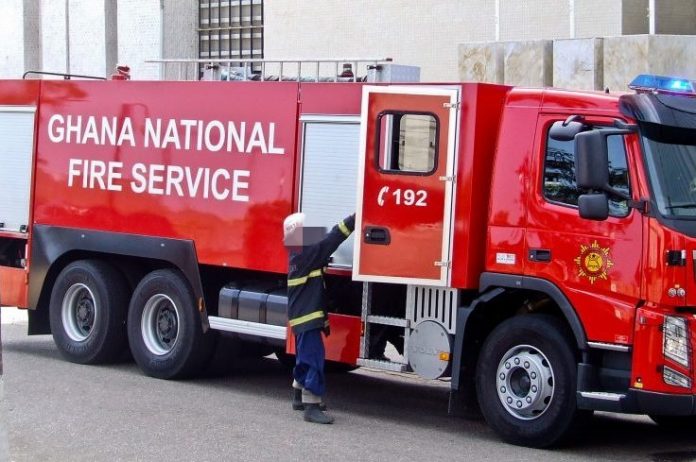 No one understands the value of a fire fighter more than one who has been saved by a first responder and rescuer. If your life or property has ever been threatened by fire or a ghastly road accident, then you know the crucial role these heroes play. They rush into burning buildings to do the necessary, sometimes at the peril of their lives. Some sustain injuries while others even die in the line of duty. For these and other reasons, officers of the Ghana National Fire Service are calling for the establishment of a special Emergency Medical Intervention Fund. This will provide immediate financial assistance to treat officers who sustain injuries or get sick in the line of duty.

In this report, GBC’s Juliet Mettle-Edmonds spends a day getting to know what life is like as a firefighter, especially for those who unfortunately sustain injuries in the process of saving lives and property.

In the Service, they’re known as “The Bravest”—men who survived horrific blazes and lived to tell the account but with life-long scars. Just like the rest of us, a fireman’s day begins like any other normal day: with the hope of doing what he does best. Without knowing when an emergency call may come through, our fireman and his buddies get ready for a possible rescue mission. They arm themselves in their turnout gear: boots, trousers, jacket, gloves, and helmet. Now, the team is ready to step out. While we wait for what the day would shape out to be, I tried to get to know these men a bit better. I was shocked at a point when the firemen narrated how they were involved in an accident and their recovery process.

With the injuries, some were scarred for life. They tell us that their deformity affected their families, as some family members had to quit their jobs to take care of them.

Despite the hazards that come with being a smoke jumper, personnel also have to contend with other challenges. Inadequate Personal Protection

Equipment (PPE) is a major one. We are told that many personnel do not have personal PPE, and so sharing is common. Coming into direct contact with smoke, which contains carbon monoxide and other toxic gases from burning substances, has always been part of a fire scene. Most of these firemen go to the field without the necessary breathing apparatus (B.A) and face masks.

According to them, the Ghana National Fire Service refunds all the monies spent during hospitalisation and they also get a Workman’s Compensation where applicable. But there is no special Fire Emergency Fund to cater for them after an injury. There is also no comprehensive insurance for firemen in the country. They also say, even where a refund is applied for, the paper work takes a while, and they sometimes have to borrow to cover their bills before the money expended is refunded.

For the injured that end up with some physical disfigurements, even attending social functions sometimes becomes difficult, and the psychological trauma is telling. “The Bravest” say they are sometimes scared of the sound of their own siren or any form of sound they come into contact with.

We reached out to the Director of Public Relations at the Ghana National Fire Service, ACFO1 Timothy Osafo-Affum, for some answers.

The safety of every fireman matters. How important is their safety to the Ghana National Fire Service? Perhaps now is the time to think about the actual risk that firemen take whenever they are called upon to save the lives and property of unknown people. The slogan of the GNFS is ‘we don’t take cover’. What others run away from, we run towards, a fireman is a friend, stop attacking firefighters, a fireman is an angel sent from God to save you. But these men say their friendship sometimes turns out to be an attack from the public. From statistics from the GNFS, more than forty firefighters are injured each year, with over ten losing their lives. So far, over ninety of the injured men have received their Work Man Compensation. The life of the fireman matters—but who rescues the rescuer? The forgotten heroes deserve better. When you bow your head in prayer, say a word for the fireman, because that firefighter might save you one day.