On January 3, last year when President Akufo-Addo in his 21st Coronavirus update, gave hint about the full resumption of academic activities after nine months of a Covid-19 induced break, many were anxious, because Covid-19, was still a major threat. Nevertheless, the government instituted some measures for full resumption of academic work to commence on Friday 15 January 2021.

Consequently, schools nationwide started vigorous academic work on January 18. A year on www.gbcghanaonline.com visited some basic schools within the Accra Metropolis to find out how schools and students have been picking up after the long break.

The visit revealed quite a lot!  For many of the Pupils, they are still making adjustments in order to adhere to all Covid-19, safety protocols especially the wearing of face masks.

Maame Serwa Arhin said “I miss the time we were marching at school which is no more”.

Another student Comfort Herman noted “there has been a lot of changes such as washing of hands frequently, sanitizing our hands in five minutes and wearing of nose masks. I am not really happy with it but we have to go with it because of the Covid”.

“It has not been so good because of the wearing of a nose mask. I don’t like it, because you wear a nose mask and you are tired. Sometimes you want to remove it, but you can’t remove it because the teachers will cane you” added Jessica Nketia.

For Janet Koomson, although school is in session it cannot be compared to pre Covid-19 times.

“School has been very dull, but, thank God none of our students died because of Covid” Janet added.

Some parents www.gbcghanaonline.com spoke to admitted although they were skeptical about plans to re-open schools at the time because Covid-19 infections were on a surge, it has been worthwhile.

A parent Nana Gyimah said “My ward is very much interested in learning and I must admit the school closure impacted his studies seriously. Around the period he was just picking up in expressing himself in English and within the nine months of school closure lost the gains. However, a year after resumption he has again picked up so it is good schools were reopened.

Madam Mary Danquah, also a parent, said she was against the decision to reopen schools at the time.

“When I heard that the Covid was still around and they had to reopen school, some of us were afraid to allow our children to come to the school but because of the laid down protocols it has helped us. As for my child when we are coming she will ask me mommy where’s my nose mask? when they stay in the house they will not learn so reopening school was good for us the parents” she added.

A teacher at one of the private schools visited speaking on condition of anonymity said she almost gave up on teaching, because of the hardship she experienced during the closure of schools. She was quick to add that some of her colleagues did not return to the classroom.

www.gbcghanaonline.com engaged the Headmaster of Romma School at Darkuman a suburb of Accra, Emmanuel Addo Lomotey.

Mr. Lomotey said as a measure to ensure adherence to social distancing in the classroom, he is sometimes forced to turn away some prospective students.

“It hasn’t been easy. Sometimes the challenge is that we turn down new admissions because already there are about twenty-five in a class and when you look at the people coming you are supposed to hit about 30 or 35 and you have to turn them down because you need space”.

He said the fight against Covid-19, must be an all hands on deck approach which schools must lead the efforts.

“Schools, teachers we should all join efforts because if there is a case in a school you are all going to go through some hell for some time, so if we wait for the government it won’t help us. Teachers should be vigilant! nose mask wearing, social distancing and others should be adhered to strictly”.

Mr. Lomotey added, “I think Covid has come to teach us a lesson as managers we should have some provident funds. We should have something just against a rainy day, we educate the teachers to take up these policies because it was a hell for especially teachers”.

He appealed to the government to assist especially less endowed schools with the supply of PPEs.

“As of now schools have reopened we haven’t received anything yet so I think the government is relenting on efforts and I would advise that what it started is very good. In fact, it helped a lot of less endowed schools which otherwise may not have been able to purchase those PPE for their students, so I think efforts must be intensified”.

Public and Private educational institutions were in March 2020 closed down nationwide after Ghana recorded some cases of Covid-19, to prevent a possible spread in schools.

However, partial re-opening was announced for final year students in JHS and SHS as well as their counterparts in tertiary institutions to enable them to write their Exit Examinations.

Between October and December second-year students in both Junior and Senior High Schools were also made to return to school to complete academic work.

The Ghana Health Service (GHS) confirmed some positive cases of Covid-19, recorded cumulatively in some schools in the Greater Accra Region.

It also announced a limited outbreak of the virus in some schools in the Upper West and the Western Regions. 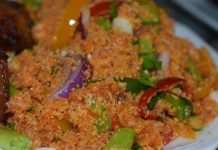